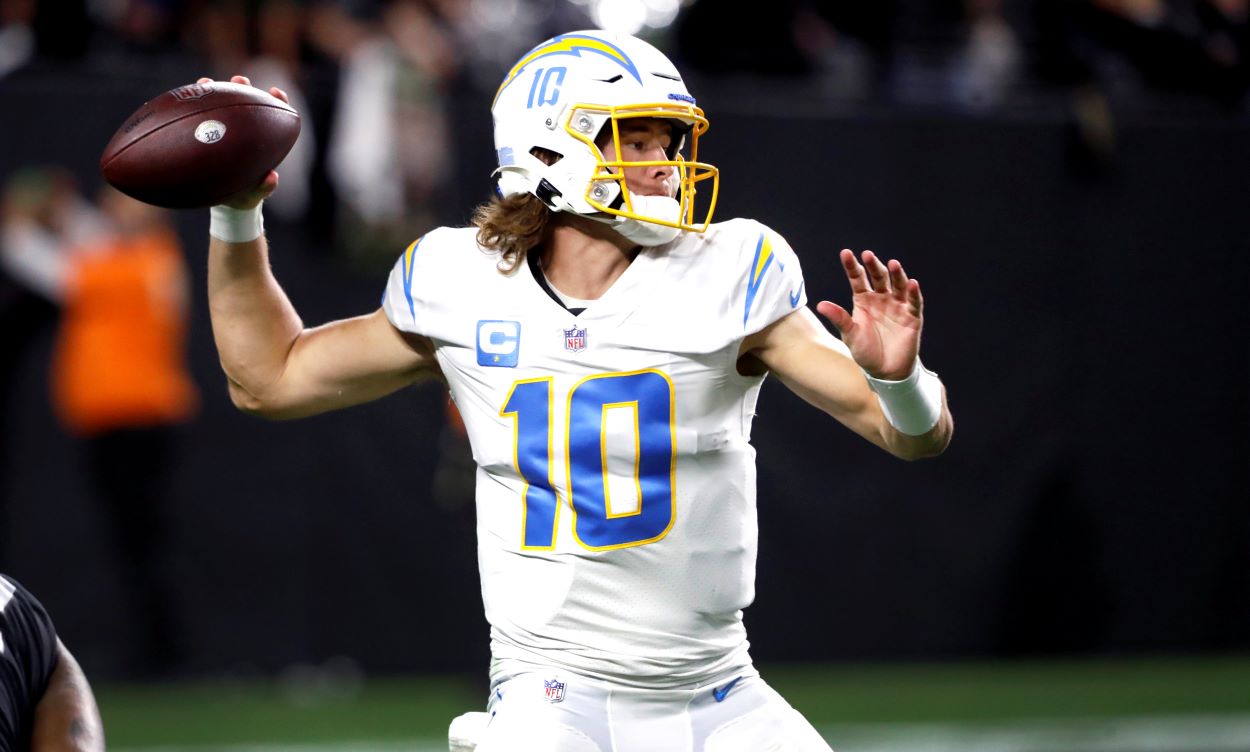 Okay Los Angeles Chargers, you have our attentions.

The Charges went 9-8 in 2021 and narrowly missed out on the players. Quarterback Justin Herbert became an absolute superstar and first-year head coach Brandon Staley drew plenty of attention for his aggressive decision making.

But that’s not the reason the Chargers caught the attention of everyone on Twitter on Tuesday. No, that pales in comparison to the Los Angeles’ incredible idea.

Listen, everybody loves puppies. Whether they want to admit it or not, nobody is immune to the adorable little tail wag of baby dog giving them full-on puppy eyes. In addition to that, everybody loves football. Even people who don’t love football love football. It’s America, it’s just kind of what we do here. So this was full-on evil genius level of marketing by the Chargers.

they got that dawg in em pic.twitter.com/Mfn97gwn4P

I mean, come on, they fit multiple puppies in a football helmet! Twitter, of course, was ALL the way in on the idea.

the chargers players taking pics with puppies for their media day >>>>>

The idea is apparently not new to the Chargers, who did the same thing in 2018 with their schedule release.

And just in case you thought this was a one-off deal, it appears that LA is all-in on the puppy content. Just last year the team adopted a yellow lab puppy named Brisket (!!!) that it will train for 16-to-18 months to become a service dog.

The Chargers’ social team is on fire of late. The organization gained a ton of attention just last month with its creative, anime-style schedule reveal.

While that sounds fun, it’s still not 300-plus pound lineman holding five-pound ball of puppy perfection.