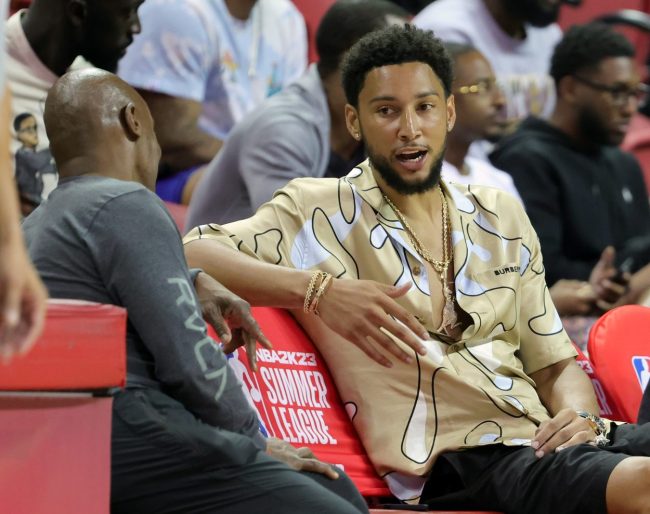 It has been a long, long time since Ben Simmons stepped onto a basketball court for an NBA game. To be exact, it has been 431 days since Simmons folded like an origami crane in the Philadelphia 76ers’ Game 7 loss to the Atlanta Hawks.

The good news for Brooklyn Nets fans is that Simmons appears to be on the verge of making a return.

The three-time NBA All-Star has been cleared for three-on-three basketball activities following his back surgery in May. He’s also on track to be cleared for five-on-five in the coming weeks according to Shams Charania of The Athletic.

After the announcement that Kevin Durant is returning, the Nets are full steam ahead on competing for a championship in 2022-23. Durant and fellow Brooklyn superstar Kyrie Irving are already back in the gym together.

Now it’s down to second-year head coach Steve Nash to make all the pieces fit. And it appears he has a pretty unique plan on how to do so.

Report: There have been ‘rumblings’ of Ben Simmons playing center for the Brooklyn Nets this season https://t.co/352t0fLYE8

“There have been rumblings of Simmons playing center this season and Durant has done so before in small-ball lineups,” Alex Schiffer of The Athletic reports. “Do the Nets add another big man or role with the traditional and modern options they have?”

Simmons played center in brief spurts with the Sixers under head coach Brett Brown. But he never saw any extended run at the position. It appears Nash is exploring the possibility of changing that going forward.

For better or worse, the Nets are going to be must-see TV in the upcoming season.