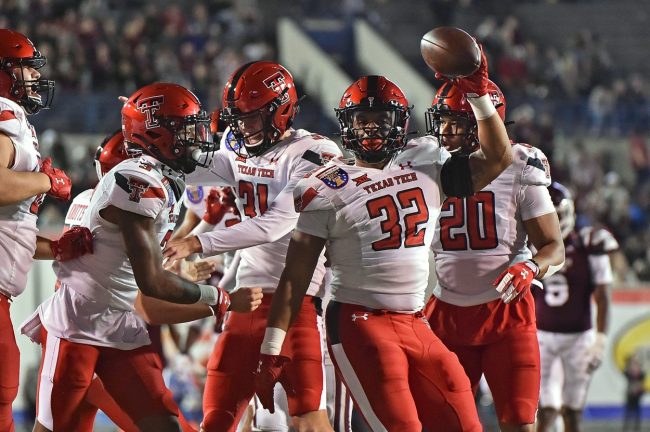 Texas Tech football hasn’t had a whole heck of a lot to be proud about of late. The Red Raiders haven’t won more than seven games in a season since 2013. They haven’t finished in the AP Top 25 since 2009 under Mike Leach, and haven’t won 10 games since 2008.

What the Red Raiders do have, however, is an alumni base with very deep pockets to help stop the bleed. Introducing the Womble Football Center…

.@TexasTechFB plans to spend $200M to construct the Womble Football Center and a four-level building in the south end zone of Jones AT&T Stadium.

The planned $200 million project will connect to Texas Tech’s Jones AT&T Football Stadium and is expected to be the “largest contiguous football complex in the country.”

How’s that for a recruiting tool, Joey McGuire?

“The project will include a four-level building in the south end zone of Jones AT&T Stadium, connecting via skybridge to the Sports Performance Center and the newly planned Womble Football Center, a two-level structure that will replace the current Football Training Facility,” the report by Don Williams says.

Hocutt says that the new facility is being funded by donors as well as additional revenue streams created by new premium seating areas that will be housed inside the facility itself.

The first level of the facility will house a a 7,200-sqaure-foot field-level club for game day viewing, both locker rooms, both press rooms and a recruiting lounge according to the report.  The second level will have box seating and new concession access. Level three will house coaches offices and the top level will be premium suites. The team will enter games from the center of the ground-level club.

The college football arms race has largely turned it’s attention toward NIL, but Texas Tech is showing that it still has plenty to offer in the way of traditional advancements as well.

Tech product Patrick Mahomes was all about the new digs.

The Red Raiders may have just positioned themselves strongly for the future of the new-look Big 12.