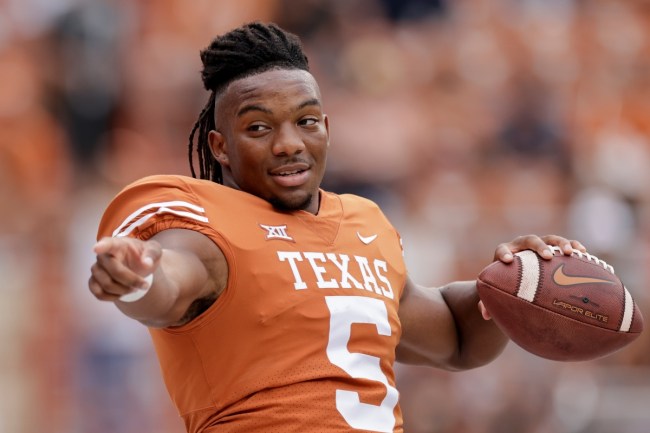 Texas running back Bijan Robinson has been giving the gift of watching one of the nation’s best running backs play for a few years now to Texas fans. The junior has nearly 2000 career rushing yards and 16 touchdowns to go along with 6.5 ypc for his career. But, the Heisman Contender has more to give it seems like.

Robinson seems to be in a giving mood

He seems to be in a giving mood. After giving away $3000 in backpacks to a local school, Robinson was not done giving. Robinson surprised his teammates with a gift in the early stages of the 2022 season.

Texas running back Bijan Robinson gifted all his teammates a new pair of burnt orange Beats headphones prior to the game against Alabama.

“Let’s get this W and go be a blessing to everyone.” #HookEm pic.twitter.com/w1mn8fYNz5

It seems as if his teammates like the new Beats Headphones.

Bijan Robinson has been a big earner in the NIL world

It’s no surprise that a star Texas football player would be cashing in on NIL opportunities. Robinson is certainly making the most of it. The star running back is driving a Lamborghini thanks to Lamborghini Austin.

That’s not the only deal Robinson has. he has nearly a dozen deals, ranging from restaurants to his own mustard.

If I were his Texas teammates I would be expecting more gifts as the season goes along.