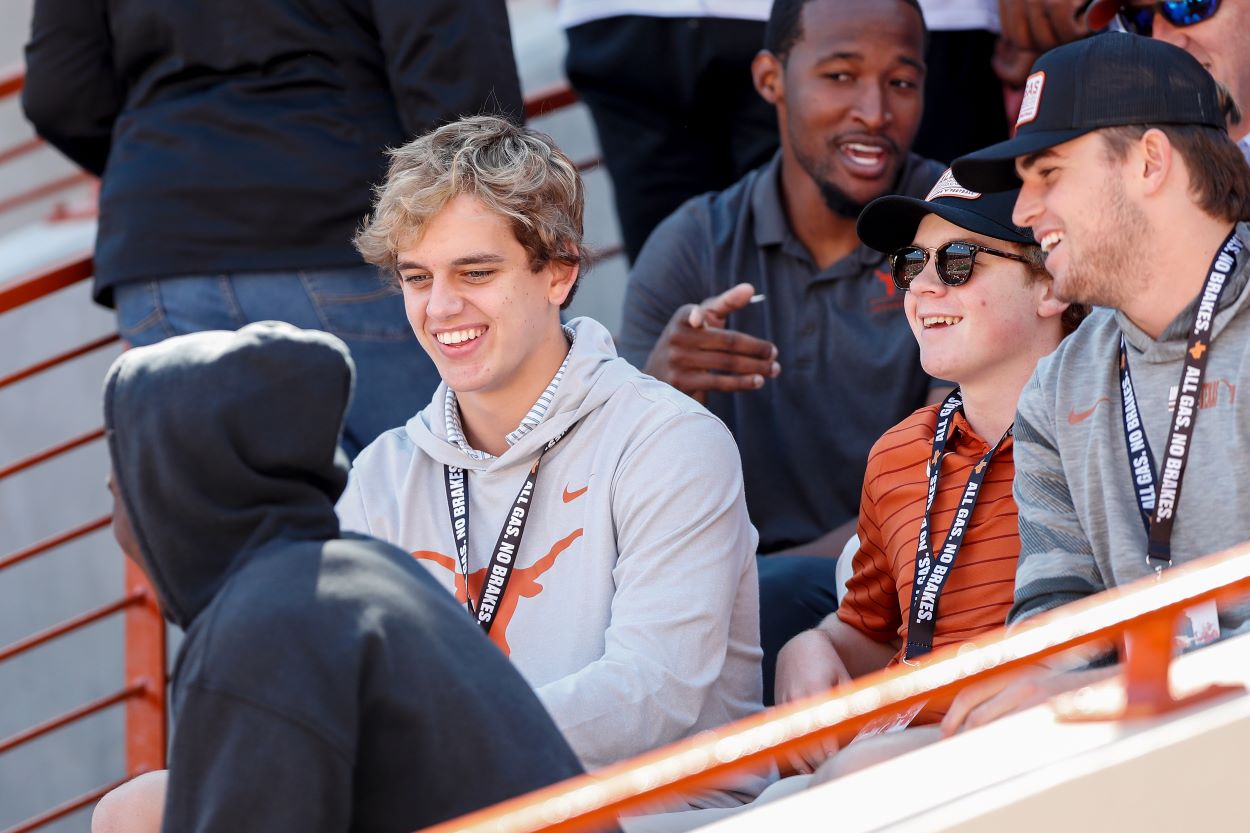 The prince that was promised is headed to Austin.

Arch Manning, the nephew of Peyton and Eli and nation’s top ranked quarterback in the class of 2023, announced his commitment to the University of Texas on Thursday. Manning even dedicated his first ever tweet to the announcement.

Committed to the University of Texas. #HookEm pic.twitter.com/jHYbjBaF5K

Manning has been a star on the recruiting scene for years now. His famous name paired with a strong arm and lightning quick release meant that schools from across the country have been after him.

The Longhorns emerged as a major player after hiring Steve Sarkisian a year ago. Since then they’ve fought off perennial powers Alabama and Georgia as well as Ole Miss, his uncle and grandfather’s alma mater, for his services.

His drawn out recruitment took a number of twists and turns. Eventually, those four schools remained, with Texas’ recent official visit standing out, and one recruit almost spoiling his destination.

Manning is still more than a year away from dawning the burnt orange, and he’ll likely have to sit behind another stud in Quinn Ewers. But that’s not stopping Texas fans from dreaming of glory with their fancy new gunslinger.

What a MASSIVE day for the @TexasLonghorns! Welcome to #LonghornNation, Arch!!! You made the right choice. Lol! You're gonna have one HELLUVA ride. Awesome times to be had in Austin, at @UTAustin and with @TexasFootball!! Congrats @CoachSark!! Let's freaking gooooooo!!! #HookEm🤘 https://t.co/1afB4So8gl

And the love came from any and every corner of Twitter.

As they say in Austin, Hook ‘Em Horns.