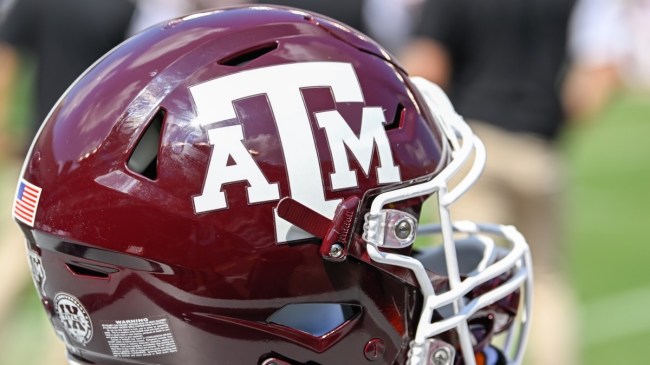 Sunday Night, a video of Texas A&M Yell Leaders made news due to its unfunny and demeaning comments about Appalachian State and Appalachia. The video made the rounds on social media late Sunday and Monday, garnering hundreds of thousands of views and reactions.

But, the video has seemingly disappeared from the biggest Twitter accounts that had shared it.

Unnecessary roughness was one of the first outlets to pick up the video. As you can see, it is no longer there.

Texas A&M DMCA’d the clip because it was so embarrassing.

This is pretty shameful. Midnight Yell is a public event and it is unclear if there is an actual copyright issue here.

It appears to be backfiring on the Aggies

The college football world does not give up anything easily. After all, have you ever heard of flight tracking? Naturally, people are not letting the video die.

This Arkansas fan page keeps reposting it, and as of writing this, it’s still up. It remains to be seen how long that lasts.

No matter what you do, please do not retweet or like this. It would be a shame if it gets spread around more. Clearly, the administration of Texas A&M wants this to go away so we will respect their decision. pic.twitter.com/gpaeifxL2G


People are trying to retweet it quickly to get the video that Aggieland doesn’t want you to see out to the masses.

The whole situation is shameful. Not only did they make these borderline-offensive statements, but they lost to Appalachian State 17-14. And now, them trying to wipe the internet of the Midnight Yell just makes it seem like they are afraid of their
own traditions.
Then again, maybe deleting the video is what Aggieland is all about.

I’m hollering at Texas A&M DMCA’ing their Midnight Yell Practice after it got dragged all over Twitter.

Shows you just how soft Texas A&M is. They love to talk shit and then they run away crying when they can’t back it up.