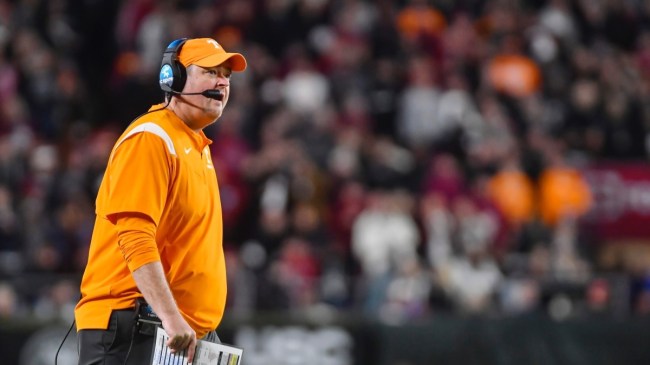 The first two months of the college football season were an absolute fever dream for Tennessee Volunteer fans. After nearly two decades of struggle, second-year coach Josh Heupel and quarterback Hendon Hooker lit up Rocky Top. The team started 8-0, including a signature win over Alabama in a classic game.

In week nine, the Vols lost to Georgia in a huge game, 27-13, but still had a great shot to make the College Football Playoff. If they took care of business against South Carolina and Vanderbit, they’d need just one upset ahead of them to have a good argument to make the four-team event.

But, those hopes came crashing down on Saturday against South Carolina.

Tennessee got beaten down, 63-38, by South Carolina

The story of the game was the Vols’ defense or lack thereof. They gave up 600 yards to a team who came in as close to 100th in the country in total offense. They made the enigma that is Spencer Rattler look like the quarterback everyone thought he would be.

They just could not get any stops, and the high-powered Tennessee offense couldn’t keep up. They were good, but not as sharp as they have been. And, they needed an A+ performance to overcome a terrible defensive performance.

But, the worst part of the game for Vol fans was the injury to Hendon Hooker. It came on a play that not only ended Tennessee’s season but also likely ended Hooker’s.

A brutal night for Tennessee got worse as Hendon Hooker goes down on a non-contact play. Awful. pic.twitter.com/ekmoMVyGNc

Terrible. He’s been so fun this year, and deserved a better sendoff than that.

The Vols will try to make a New Years’ Six bowl. They need to beat Vanderbilt next week.