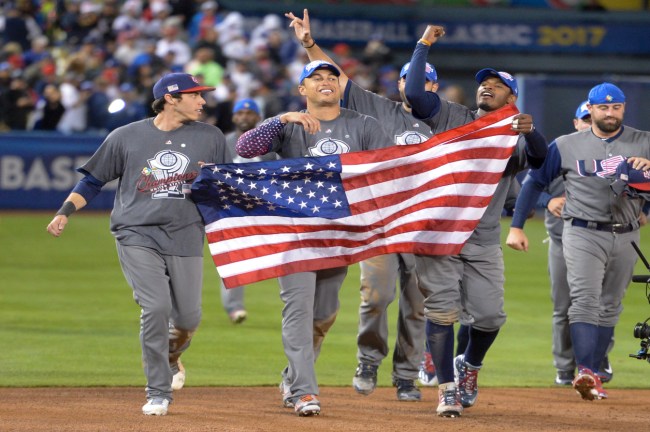 The World Baseball Classic is returning in 2023 to the rejoicing of baseball fans everywhere. After a brief hiatus, it is back, and it should be must-watch baseball for every single game.

Team USA was expected to load up with talent, which is fairly obvious. So far, we have the following players confirmed for the World Baseball Classic in 2023:

So far, that is a TON of talent, and an outfield consisting of Trout, Betts, and Harper is uber-talented all across the board.

There should be plenty more MLB stars announcing their decisions soon. Moreover, there should be a lot of competition from other countries, especially if their MLB stars play this upcoming year.

Here’s a list of commitments for the Dominican Republic squad.

That’s also a TON of talent across the diamond. Cuba and Japan will also most likely have talented players all around their roster.

For Team USA, they could still add a lot of pitching talent, with Gerrit Cole, Jacob deGrom, and Corbin Burnes rumored players to have an interest in playing in the World Baseball Classic.

So far, this is going to be an absolute star-studded tournament.