Tampa Bay Lightning Coach Jon Cooper Says The Avs Game 4 OT Goal Shouldn’t Have Counted, And He May Be Right 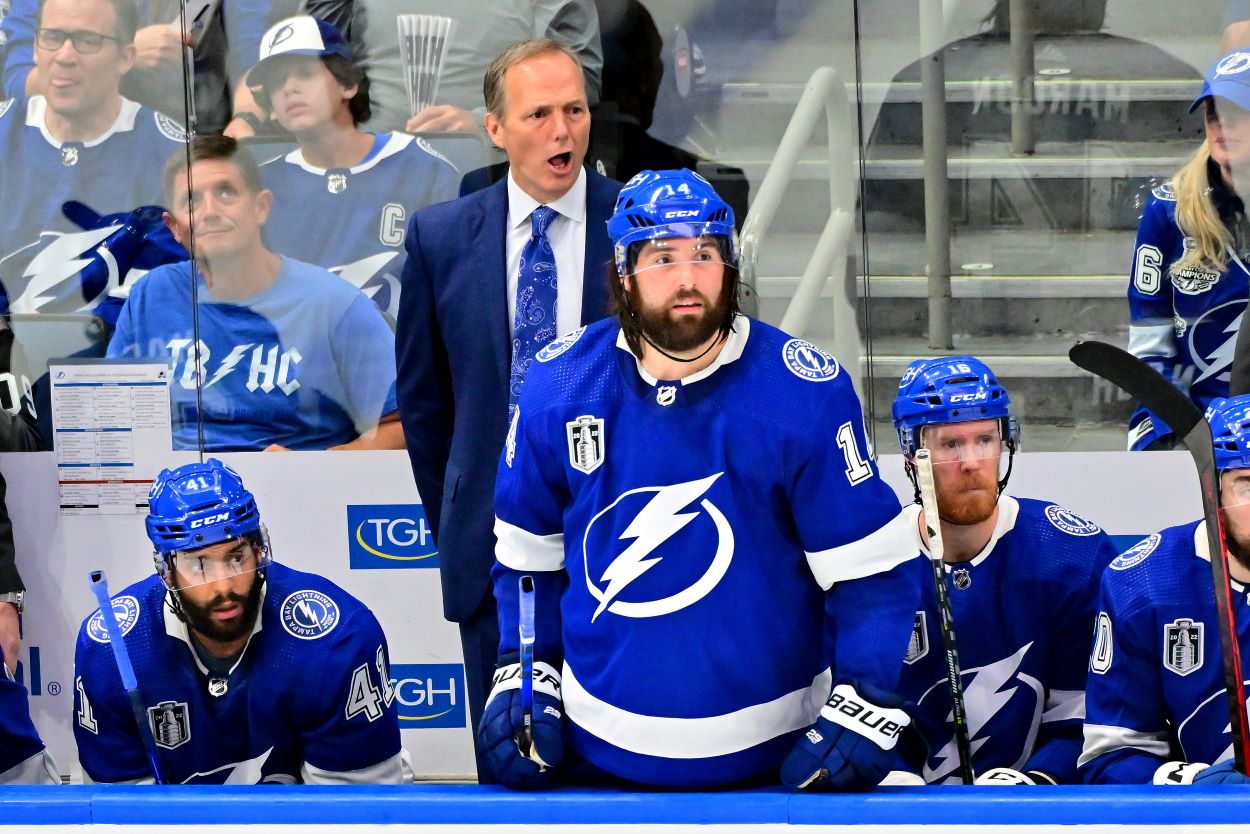 Things are looking bleak for the Tampa Bay Lightning.

The two-time defending Stanley Cup champions went 3-1 down to the Colorado Avalanche on Wednesday night and injuries have begun to pile up.

The Bolts had a chance to even the series at home, but Nazem Kadri’s goal with 7:58 left in the first overtime period won it for the Avs.

Now Lightning coach Jon Cooper is saying that goal should have never happened.

"You’re gonna see what I mean when you see the winning goal. My heart breaks for the players because we probably still should be playing.”

Jon Cooper only took one question post-game, and was clearly not happy about the Avalanche's OT winning goal. pic.twitter.com/g6DAwp475i

Cooper took just one question after the Game 4 loss and his answer had many scratching their heads. But it turns out he may well have a point.

Just prior to Kadri’s game-winning goal, video appears to show that Colorado had too many men on the ice.

Here’s the video from @SportsCenter pic.twitter.com/rqwMmIJcZD

If the referees would have spotted the infraction, Colorado would have been called for too many men on the ice. Tampa Bay would’ve been given a power play, and we could be talking about a 2-2 series.

Did a NHL potentially ruin an historic Stanley Cup Finals? Some seem to think so.

Kadri was the guy that came on for the player changing who didn’t get off the ice before Kadri touched it. That’s too many men. This is a nightmare situation for the league cuz it happened in the SC final as OT winning goal. Does this now push NHL war room to look at all goals? https://t.co/wveKHtVqbY

🎶One of these things is not like the other …🎶

On left, the score sheet handed to media at Game 4. On the right, what's on NHL dot com. pic.twitter.com/MrtClTLtIi

But most seemed to either not care, or think that Cooper was incorrect in his interpretation.

Not exactly. If #6 is going off, he's within 5' of the bench and legal provided he's not involved in the play.

Well played by Jon Cooper to turn a sloppy line change into Brett Hull’s foot in the crease, now no one will spend today talking about how badly his team got run over in OT

Jon Cooper upset about a missed call is just what I needed this morning.

Two things:
1) Jon Cooper knows the series isn’t over right? Because he sure sounds like he thinks it is.
2) drama queen https://t.co/9s0MMBxUlw

And the hits just kept coming.

Jon Cooper has had his share of luck with too many men on the ice too. @TSNJR @TSNSimmer https://t.co/TYuoH20anI

No amount of complaints from Jon Cooper or clickbait bullshit articles from hockey "journalists" is going to change the outcome of last night's game. Stop making something out of nothing, absolutely zero journalistic integrity

what do you think? Does Cooper have a point? Is it just sour grapes? Either way Colorado will have a chance to lift the Stanley Cup on home ice on Friday.