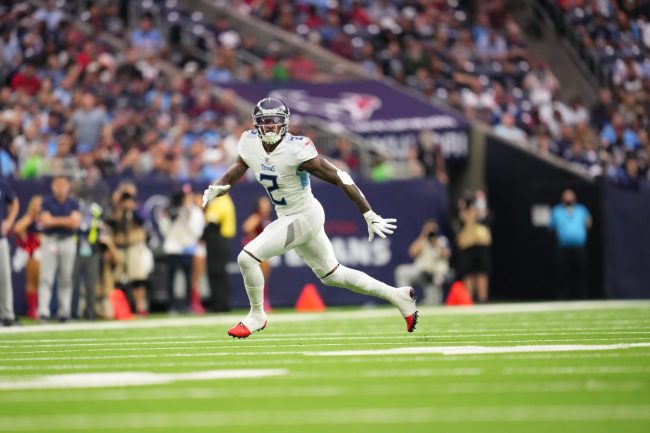 Tom Brady may not have Rob Gronkowski to throw to in 2022, but that doesn’t mean he or the Tampa Buccaneers are going to be short on receiving weapons.

Star wide receivers Mike Evans and Chris Godwin are back in the fold, as are tight end Cameron Brate and slot receiver Tyler Johnson, who had a breakout season a year ago.

But the Bucs aren’t done adding. Not at all.

Seven-time Pro Bowl wide receiver Julio Jones is signing a one-year deal with the Tampa Bay Buccaneers, per source. The soon-to-be 45-year Tom Brady now will have a chance to throw to the 33-year-old Jones.

The new comes shortly after Indianapolis Colts general manager Chris Ballard shot down any chance of Jones reuniting with former QB Matt Ryan in Indy. Instead, the seven-time Pro Bowl wideout heads to Tampa to team up with the quarterback that kept he and Ryan from winning a Super Bowl in 2017.

Jones hasn’t been near the player he wasn’t in his prime in recent years, however. The Alabama product has been plagued with injuries. He played just nine games with the Falcons in 2020 before being traded to the Tennessee Titans. He then played on 10 games opposite AJ Brown in Tennessee.

Jones is still remarkably productive when he has been health. Across those 19 games, he’s caught 116 balls for 1,205 yards and four touchdowns. The Buccaneers will boast one of the top wide receiver corps in the league should Jones remain healthy in 2022.

For that reason, Bucs fans are fired up about the move.

Tom and Julio going out with a ring >>>>> https://t.co/HO8rUdlMiq pic.twitter.com/BnbQ8G1io9

Just give Tampa the trophy!!! Just do it! #GoBucs https://t.co/eZWxDbrnqL

Tom Brady could be on the way to yet another Super Bowl rings, and there’s nothing we can do about it.