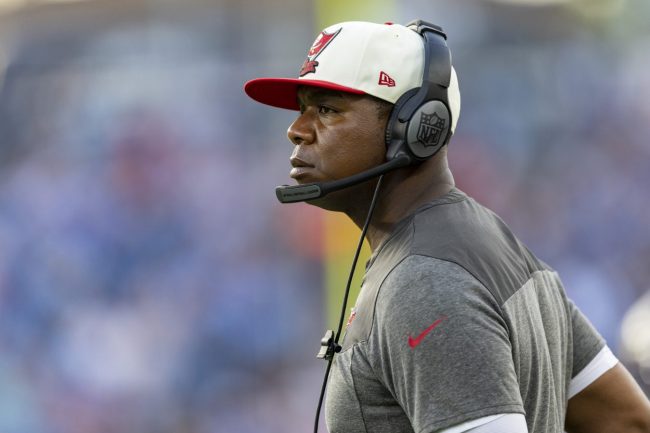 Apparently bettors haven’t heard that you should never count out Touchdown Tom. At least that’s what the money appears to show.

CBS NFL writer John Breech reported Monday that gamblers are “betting big” on Brady and the Buccaneers melting down in 2022.

Vegas Taking In Big Bets On Brady And Bucs Imploding

According to Breech, bettors don’t just think that Brady and the Bucs will under-perform, they believe that the team will disappoint in a catastrophic way.

“…there are a lot of gamblers out there who are betting AGAINST Brady and the Tampa Bay Buccaneers this year. Not only are the Buccaneers the most popular “under” bet at Caesars Sportsbook, but there’s also been tons of money bet on them to have the NFL’s WORST record this season.

As a matter of fact, among all the teams in the NFL, the Buccaneers have had the fifth-most money bet on them to have the league’s worst record. Only the the Bears, Browns, Seahawks and Steelers have more money riding on them to be the worst team in the league, according to Max Meyer of Caesars Sportsbook.

That’s quite the bet on a quarterback that has literally never had a losing record in any of his 21 seasons as a starting quarterback in the NFL.

Yes, Brady is now 45 years old. But age didn’t appear to slow him down a year ago when he threw for a career-high 5,316 yards to go along with 43 touchdowns and 12 interceptions.

Concerns about Brady’s hunger to play and win are reasonable after he retired just six months ago. But once it steps on the field, it’s hard to imagine he won’t be the same player that he’s been for over two decades now.

Counting out Touchdown Tom is a bold move.