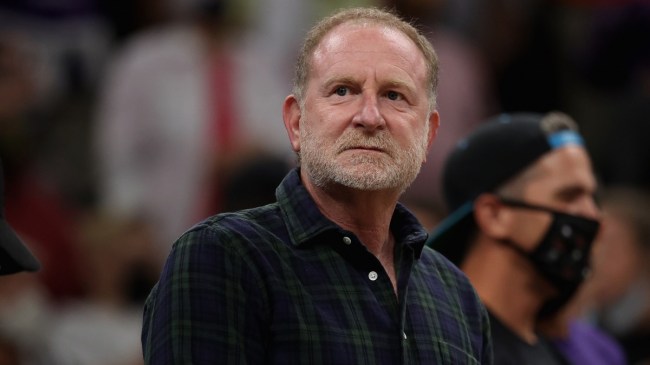 It’s been a scandal-filled year for one of the most successful franchises in the NBA in recent years in the Phoenix Suns. While the team had the best record in the NBA last season, they bowed out of the playoffs in the conference semifinals. But, the drama was off the court.

The drama, of course, centered around owner Robert Sarver. Sarver, the majority owner of the Suns who controls day-to-day operations, had allegations leveled at him in a 2021 ESPN investigation. Those allegations included racism, sexism, and sexual harassment among other things. Recently, the NBA announced the findings of its investigation. They suspended Sarver for a year and fined him the maximum of $10 million.

The heat is being even further turned up against Sarver. Jahm Najafi, the 2nd largest shareholder of the Suns, wants Sarver to resign his stake.

In it, Najafi writes, in part:

"I am calling for the resignation of Robert Sarver."

This is pretty rare. Generally speaking, ownership groups stay together so as to not lower the value of the franchise. But, this is not a normal situation.

Mo Dakhil, a national NBA writer, thinks that this could be the beginning of the end of Sarver.

And this just got interesting. https://t.co/7emekF2Gg2

It seems like Suns fans are on board with Sarver leaving.

Naturally, Lakers fans had to bring their own ownership into the conversation.

We need @JeanieBuss to be found guilty of heinous crimes. https://t.co/vEqouyPz8i

Some of the biggest names in the NBA have come out against Sarver.

Lebron, as predicted, had to add his two cents.

behavior. I love this league and I deeply respect our leadership. But this isn’t right. There is no place for misogyny, sexism, and racism in any work place. Don’t matter if you own the team or play for the team. We hold our league up as an example of our values and this aint it.

Worse than Lebron for Sarver, his own player, Chris Paul, also spoke out against him.

I am of the view that the sanctions fell short in truly addressing what we can all agree was atrocious behavior. My heart goes out to all of the people that were affected.

It remains to be seen on what happens. But, if the momentum continues on this path, it’s hard to see Sarver keeping the team.