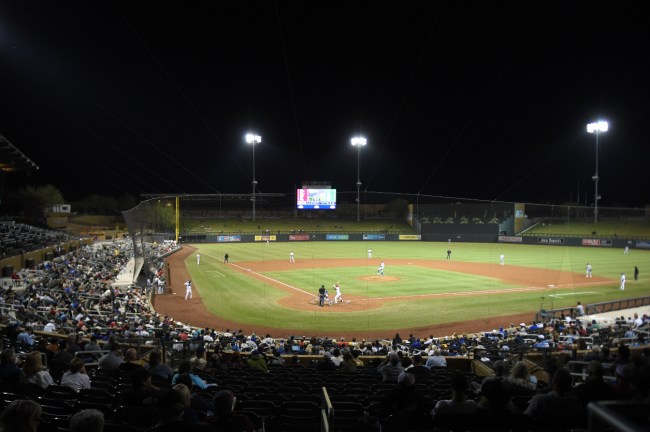 MLB umpires have been giving everybody headaches this season. As it turns out, it isn’t just in the professional leagues, either.

The West Coast League is a summer league for collegiate athletes, a wood bat league that has been around since 2005. The two teams playing on Tuesday night were the Yakima Valley Pippins and the Kamloops Northpaws.

A video surfaced of a miscue by an umpire in a Summer League game, and after the play was overturned, the manager went absolutely bonkers with anger.

Well, things unraveled, and the Northpaws manager went into a tirade. Here’s how everything unfolded.

Umpires overturn a call and a manager absolutely loses his mind pic.twitter.com/r4xnxOFNdF

Kamloops manager Cole Armstrong lost it, and that’s an understatement. Here’s what happened. The first baseman dropped the ball, and the umpire called it an out.

But, they gathered together and called the runner at first base safe, causing a run to score and tying the game up in the bottom of the eighth inning.

The ball was dropped, so the runner should have been safe, but Armstrong lost it.

Quite a tantrum here by Kamloops manager Cole Armstrong.

Looks like the umpire was indicating there was “face contact” although it’s tough to tell from this video. pic.twitter.com/gZeaRJmwCp

What’s even wilder is the Kamloops batboy was trying his best to hold Armstrong back while everybody else just stood by and watched.

The Pippins went on to win, 7-6. Armstrong got ejected (and he probably will be suspended). But, the umpires got the call right after the review.

Still, Armstrong was heated and took out every ounce of frustration on that poor umpire. Who doesn’t love a Tuesday night Summer League showdown?