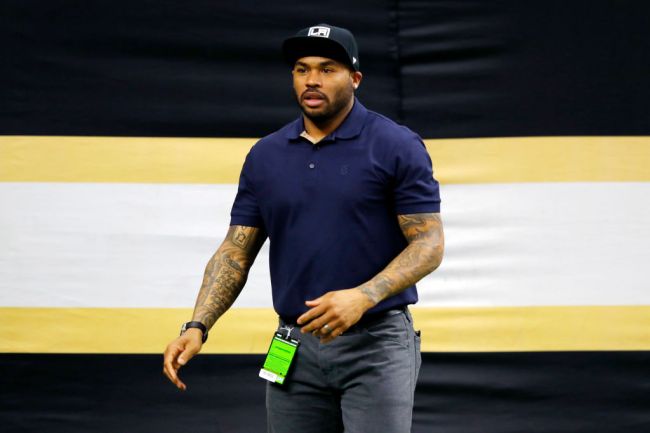 Carolina Panthers great Steve Smith Sr. has remained a familiar face around the NFL since retiring and he picked up a surprising new gig on Thursday night.

The former Panthers and Ravens wide receiver signed on as an analyst for the NFL Network after hanging up his cleats in 2017. Then more recently, he trolled the entire NFL by incorrectly announcing he’d be joining the New York Giants coaching staff.

While still remaining an analyst, Smith Sr. debuted a hilarious new role during Thursday’s preseason game between the Green Bay Packers and Kansas City Chiefs. He proudly appeared on the sideline in full ball boy uniform as the “K-Ball specialist”.

It’s not the job you’d expect a future Hall of Famer to work, but Smith Sr. was absolutely loving it. It seems a half was all he needed to feel right at home too.

It’s good to see Steve Smith Sr.’s confident personality hasn’t changed one bit. Perhaps his rookie year experience as a kick returner helped him adjust to this job with the ball crew. It was over two decades ago though, so probably not the case.

Not everyday you see a former All-Pro Wr working on the ball crew. But it’s Steve Smith @CutToIt on the K balls tonight #ChiefsKingdom pic.twitter.com/TrHhiNn17N

As the man in charge of the K-Balls, which are used for kicking, Smith Sr.’s services were in high demand during this preseason finale. After a second half that saw punts on six consecutive possessions, the Chiefs defeated the Packers 17-10.

No word on whether the five-time Pro Bowler will make more ball boy appearances. But whatever job he decides on next, fans can expect it to be an entertaining one.