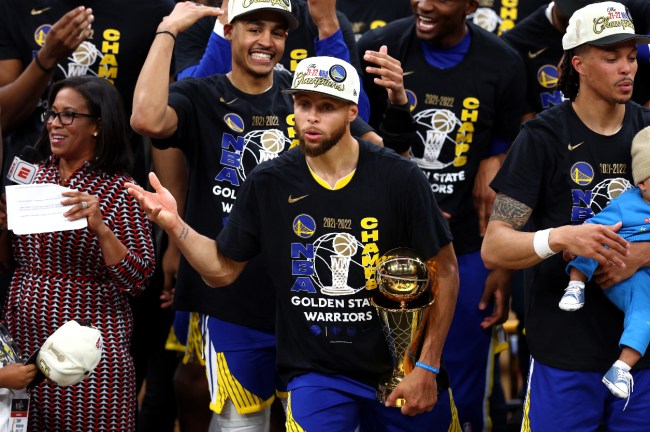 On Monday, the Warriors are marching through the Bay Area in celebration of their fourth title in the Curry era. Klay Thompson lost his hat on a boat on the way to the parade, and that itself was a hilarious moment.

Stephen Curry Shows Up To Parade With Unique Necklace

But, Curry showed up ready to party more with an interesting jewelry choice — a necklace that features all three of his previous NBA title rings on it.

That’s a pretty cool thing for Curry to rock, although he better be careful not to lose it like Klay lost his hat.

Oh, and did you notice Steph’s shorts? Those are also a sweet pair to rock for the parade.

Ring No. 4 will be given out on Opening Night, or at least that’s the expectation. All in all, the Warriors are celebrating this title in epic fashion from beginning to end, and we can only imagine what kind of surprises are in store at the actual parade.