Stephen A. Smith Gets Brutally Roasted For Picking Anthony Davis Over Luka Doncic And Nikola Jokic 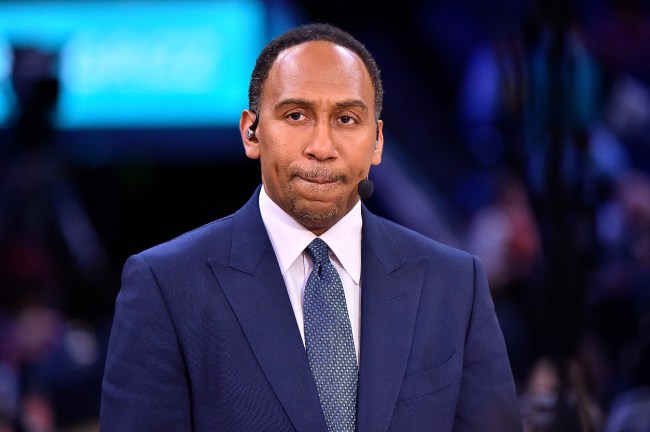 A few years ago, Los Angeles Lakers star Anthony Davis was one of the best players in the NBA. The Lakers won the NBA Finals in the Orlando bubble, and Davis was an absolutely dominant force.

Since then, Davis has had trouble staying healthy, and the Lakers have taken a hard hit in the process.

Well, ESPN personality Stephen A. Smith spent time discussing Davis and fired off a strong take — one that a lot of people didn’t exactly agree with.

.@stephenasmith defends his argument that AD is a top-7 player in the NBA when he’s healthy.

So, Smith would take a healthy Anthony Davis over Luka Doncic, Jayson Tatum, Jimmy Butler, and Nikola Jokic. There it is.

Smith is never afraid to express his opinion, and he knew that JJ Redick would disagree with this take yet again. Nonetheless, NBA Twitter reacted to Smith’s take, and many were quick to rip Smith for saying these words.

Anthony Davis? You mean the guy that barely (if ever) made the playoffs as the main guy in New Orleans? He even had Boogie with him and Holiday.

When healthy AD has NEVER accomplished half of what Luka has as the face of the franchise… keep in mind AD played with Jrue Holiday, Rondo, etc and ain’t do shit

More proof that SA does not know basketball. Lol. AD is a bum compared to those two players. Its not even close.

Others were actually on board with Smith’s take, surprisingly enough.

How far you get in the playoffs is a team accomplishment/relative to competition. AD faced warriors with KD b2b years no shit he wasn’t getting outta the 2nd round. AD has been better than all the guys listed in the playoffs, and that’s not even really debatable.

I normally always agree with JJ, but Stephen A is right here💯 https://t.co/pTuGdZPa8O

Remember what Smith, said, this is when healthy.

Davis is an absolute mess to deal with when he is healthy, and if he can ever get back to that point, the Lakers will be one of the best teams in the NBA.