Stephen A. Smith Wants Nothing To Do With The Knicks After Another Puzzling NBA Draft 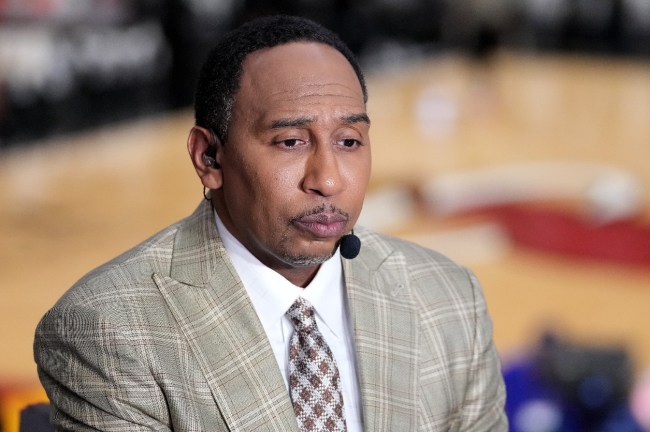 The New York Knicks stole the show early on at the NBA Draft. Why?

Well, they traded away their lottery pick to the Oklahoma City Thunder and got a few future first-rounders in the process. That seems like good business, right?

The Thunder have announced the Ousmane Dieng trade. It’s official. Knicks receive three protected first-round picks (at least one of which is being rerouted). The Thunder receive Dieng, the No. 11 pick in tonight’s draft.

But, that wasn’t all.

The Knicks then acquired Jalen Duren from the Charlotte Hornets and quickly traded him — along with Kemba Walker — to the Detroit Pistons in a wacky scenario that took a lot of time to figure out in real-time.

The Pistons ARE getting Jalen Duren … and the Knicks, more crucially for immediate free agency matters, are shedding Kemba Walker's salary to Detroit to help fund their free-agent pursuit of Jalen Brunson. https://t.co/DDs1fk3JGC

Once the dust settled, the Knicks ended up trading away two lottery picks and got futures in return, although shedding Walker’s salary was definitely a step in the right direction.

This didn’t sit well with many fans, and the night for New York amounted to this:

What the Knicks did tonight:

This didn’t sit well with Knicks fans and noted superfan Stephen A. Smith was not thrilled.

Stephen A. Smith Is Reportedly Not Going To Madison Square Garden Next Year For Knicks Games

Well, Madison Square Garden might not be seeing much — or any — of Stephen A. Smith next season.

Or, at least that’s what he said.

I’m NOT going to the GARDEN next year. pic.twitter.com/nZspstzP6h

What a bold claim from Stephen A. But, are we buying it?

The Knicks are apparently targeting Dallas Mavericks guard Jalen Brunson this offseason and have been linked to a potential Kyrie Irving deal as well. Nonetheless, essentially punting the 2022 NBA Draft for the future is a concern for Knicks faithful, and if they don’t land a marquee free agent, then that will make this scenario even more confusing.

All in all, Stephen A. boycotting games of his favorite team might be all talk. Or it might not be. Let’s see.