Stephen A. Smith Is Back And He’s Already Taking Aim At One Specific NFL Quarterback 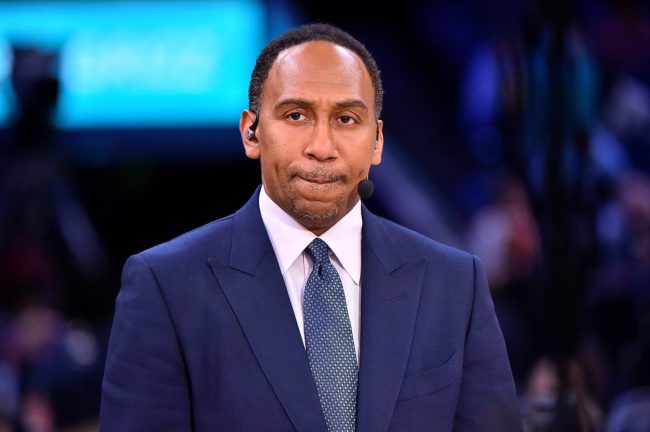 Stephen A. Smith made his triumphant return to ESPN on Monday and did so incredible fashion, donning a bright orange suit and riding to the set of First Take on a boat. The hugely popular TV personality had been out of action for around a month while rehabbing from surgery on his shoulder.

If you thought Stephen A. may ease his way back into the hot takes, thing again. Smith was firing off takes like the good old days on Tuesday morning and took specific aim at Las Vegas Raiders quarterback Derek Carr.

Carr is a three-time Pro Bowler and has reportedly been excellent in his first offseason under new Raiders head coach Josh McDaniels. The Athletic’s Tashan Reed reported that Carr did not throw one interception during Las Vegas training camp.

But Stephen A. is hard to impress, and he’s unsold on the veteran QB making the jump to elite status under McDaniels.

"I respect the hell out of Derek Carr I truly, truly do. But he ight! … we walk around here like this brother been gun slinging all over the place."

—@stephenasmith is not completely sold on Derek Carr and the Raiders improved offense 👀 pic.twitter.com/irMnALnp2o

“Now let me say this, Derek Carr…he ight,” Smith said as Marcus Spears rolled his eyes. “He ight, man. Nobody (is) disrespecting him. We know he’s not a scrub. He can play. Very, very good dude. A very good quarterback, role model, leader. Carries himself the way you want a franchise play to carry themselves. I respect the hell out of Derek Carr. I truly, truly do…But he ight.”

Smith continued to say that guys like Patrick Mahomes, Josh Allen and Aaron Rodgers are more than “just ight.”

“We walk around here like this brother’s been gun-slinging all over the place and picking defenses apart,” he said. “Now, you’ve got Davante Adams now. That’s a different animal. ‘Cause I consider him the best receiver in football. We got a different argument, I understand. You got that kind of weapon. But at least give me this, can we see him?’

Carr will have a chance to prove his worth when the Raiders open the season on Sept. 11 against Justin Herbert and the Los Angeles Chargers.