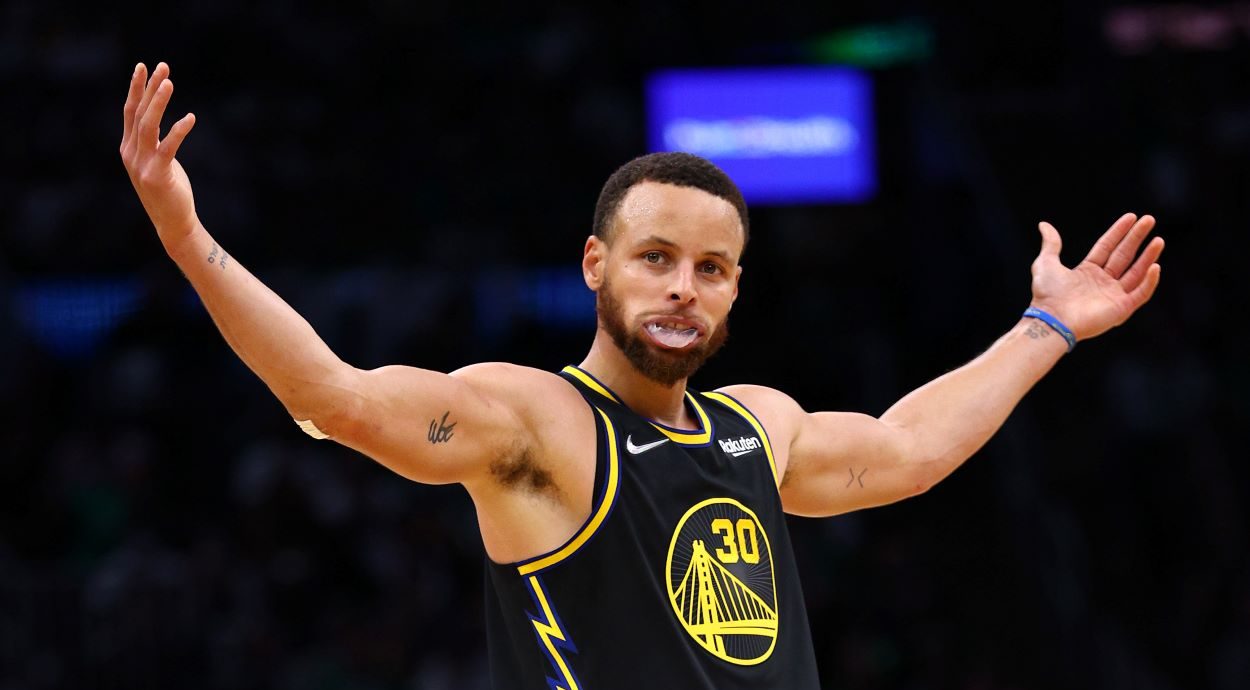 Steph Curry had a performance for the history books on Friday night.

The future NBA Hall of Famer carried the Golden State Warriors to 106-97 victory over the Boston Celtics in Game 4 of the NBA Finals. With Golden State trailing 2-1 in the series, Curry dropped 43 points and 10 rebounds to even the series at 2-2.

Curry became just the 18th player in NBA history to put up 40-plus points double digits rebounds in the finals game.

Stephen Curry becomes the 18th player ever to score at least 40 points and have 10 rebounds in an #NBAFinals game.@warriors | #Warriors https://t.co/iGyVlwINY0 pic.twitter.com/jefNB6the5

“What’s been the key to Steph Curry’s hot start?”

Curry’s incredible performance caught the eye of any and everybody on NBA Twitter. Everyone from NBA journalists to Golden State fans to Boston fans were praising the league’s all-time leader in 3-pointers.

How Steph carrying the Warriors pic.twitter.com/9f6v8WUZeX

All-time stuff by Steph. One of his best games ever.

This is the all time great performance in the Finals that Steph has been missing from his resume! He got the Garden as quiet as a Church on a Saturday night. Carry on…

And the praise, literally, didn’t stop there.

Steph Curry be like carrying this team rn: pic.twitter.com/MN4EAvJq4n

Best game of Steph’s career. The moment demanded greatness, and he delivered with his team’s season teetering on the brink.

this one goes on the Steph Curry pantheon in perpetuity.

Easily the greatest Finals of Steph’s career so far. He has consistently taken over in the 2nd half of games when Golden State has needed him most

Curry is now two Golden State wins from solidifying an all-time great NBA Finals performance. The victory would be his fourth NBA championship with the Dubs, but Curry is searching for an elusive first NBA Finals MVP award. At this rate, Curry is the only possible pick should the Warriors win another ring.