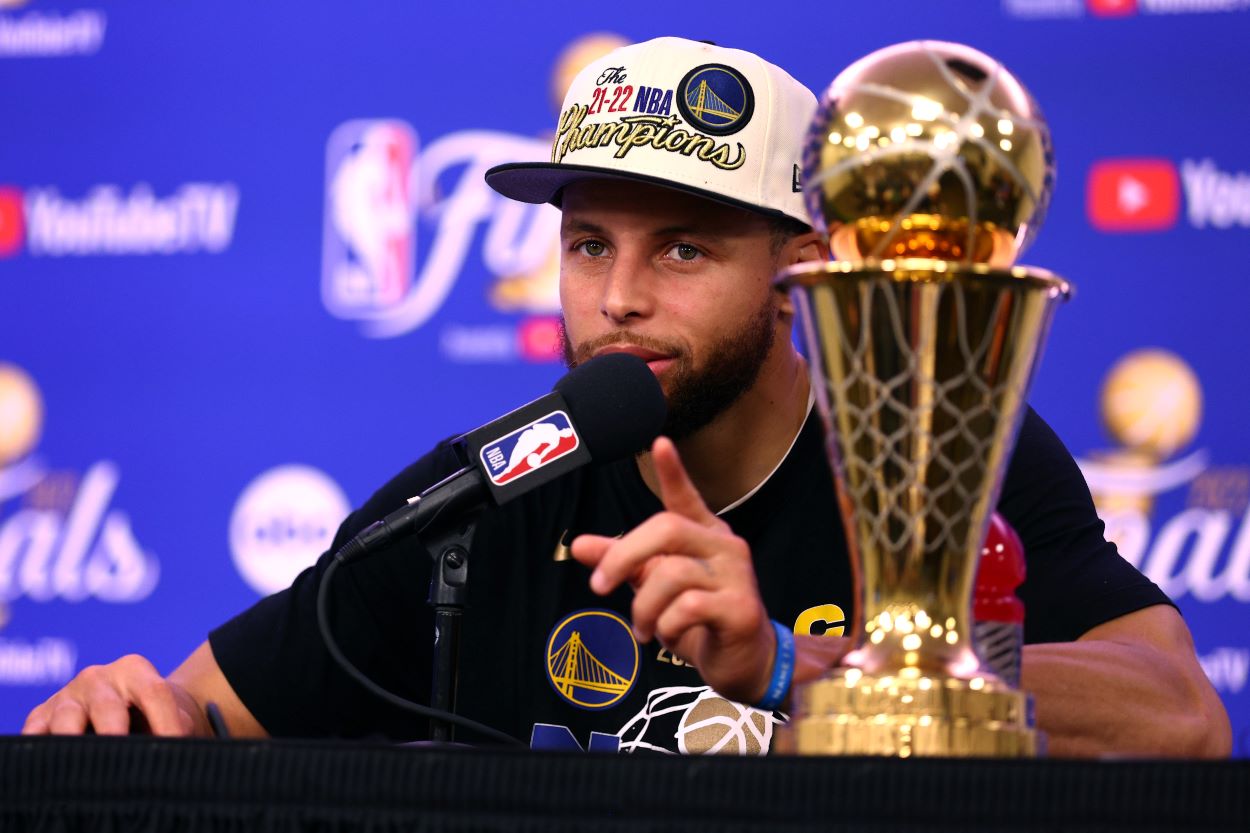 Curry is the face of the NBA’s 3-point revolution and has forever changed how young players practice and play the sport of basketball. He’s changed the game so much that Hall of Famer Patrick Ewing equated his impact to that of Michael Jordan.

Ross Tucker Wonders What Other Athletes Have Changed Their Sport

The plaudits for Curry haven’t come from just basketball players either. Former NFL offensive lineman Ross Tucker, who now works for CBS Sports, said that Curry has forever changed the way the game is played.

Fair to say Steph Curry changed the sport of basketball?

If so, what other athletes in what sports can you say that about?

Tucker followed his thought by asking what other athletes have changed fundamentally their respective sports. The answers varied widely.

Tiger is the obvious answer. Imaging being so dominant that the organizers of the sport had to change the landscape of the playing ground. Lamar Jackson is an interesting take, made NFL coaches plan around the running QB far more than Vick and Newton did.

Tiger Woods was a common answer. Not only has Woods dominated the game of golf for two decades, but he’s also completely changed the way pro golfers think about driving distance.

Lawrence Taylor is an obvious NFL one.

I think you can make really strong arguments for Dan Marino and Randall Cunningham for different reasons as well.

Tucker offered up Lawrence Taylor, who made edge rushers a premier position in the NFL. But he also named Randall Cunningham. As did others. Cunningham’s running ability from the QB position opened the doors for guys such as Michael Vick and Lamar Jackson.

NHL Hall of Famer Bobby Orr re-framed what it meant to be a defender, while Dirk Nowitzki changed the way the NBA pictured big men.

Serena Williams changed the way that women in tennis approached the game, while Simone Biles has taken gymnastics to a new level of athleticism.

Athletes across all sports are continuing to push boundaries and change what we consider possible. It’s safe to say Steph has done that to an impressive degree on the hardwood.