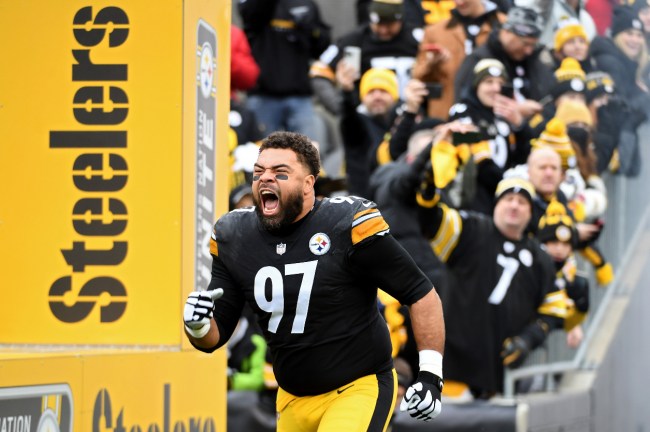 The NFL has seen more and more joint practices take place during the preseason. This year has given us a few interesting scuffles. First, the Dallas Cowboys and Denver Broncos got into it a bit.

Then, the Los Angeles Rams and Cincinnati Bengals ignited a fiery brawl that saw Aaron Donald holding a helmet in each hand.

Many players aren’t fans of joint practices, especially with all of the fights breaking out. Pittsburgh Steelers veteran Cam Heyward got brutally honest on them recently (h/t Mike Florio of Pro Football Talk).

“In theory it sounds cool to see you team compete in a practice setting but it’s basically a 2 and half hour wrestling match with no rules or technique which puts everyone on edge. Guys do things they would never do in a game that could lead to injury. Players fight for their team.”

Heyward gives a shocking admission of how rough these practices are. With the way things have gone lately, it wouldn’t be a surprise if the NFL stepped in and put them to rest after this. For fans, it’s fun to see, and for some players, they like it. But this Rams-Bengals massive melee was surely a bad look all across the league.