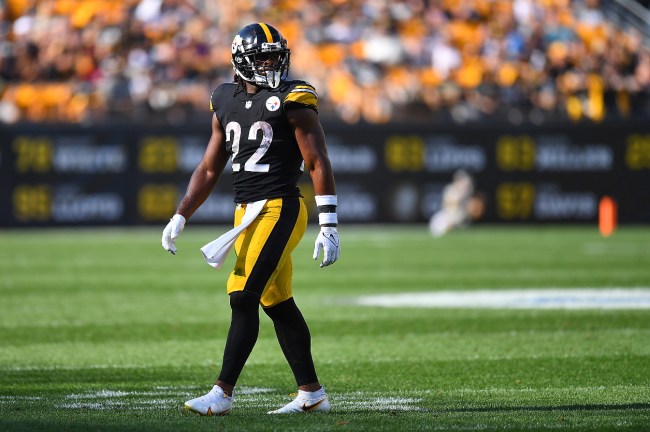 The Pittsburgh Steelers roster looks much different, especially with Ben Roethlisberger in retirement. All signs point to Mitchell Trubisky being the starting quarterback as rookie Kenny Pickett waits for his turn.

JuJu Smith-Schuster left town and signed with the Kansas City Chiefs, and the offense has a lot of different faces at key positions. However, running back Najee Harris should have a massive role after a stellar rookie campaign in 2021.

Unfortunately, the Steelers got some bad news on the Najee Harris injury front, and there is a sudden chance he might not be available for opening day.

Harris had been absent from the previous preseason games until the Week 3 clash against the Detroit Lions, and this appears to be why. However, he played against the Lions and had four carries for 10 yards in a short run.

You know football is back when Najee Harris just jumped over a fully grown man. pic.twitter.com/LxYUyLUPFB

The fact Harris got a few touches is promising. On the other hand, it is worth monitoring his injury to see if he is fully healthy and ready to go for Week 1 against the Cincinnati Bengals. If Harris can’t go, then the Steelers have an even tougher time against the reigning AFC Champions.

Hopefully Harris can go. After all, he should be the #1 option for the Steelers offense this season. The good news is that Ian Rapoport of NFL Network said Harris should be ready to go.

From NFL Now: #Steelers RB Najee Harris should be fine for the regular season after dealing with a Lisfranc sprain early on in preseason. pic.twitter.com/Nv2kBfI0C0