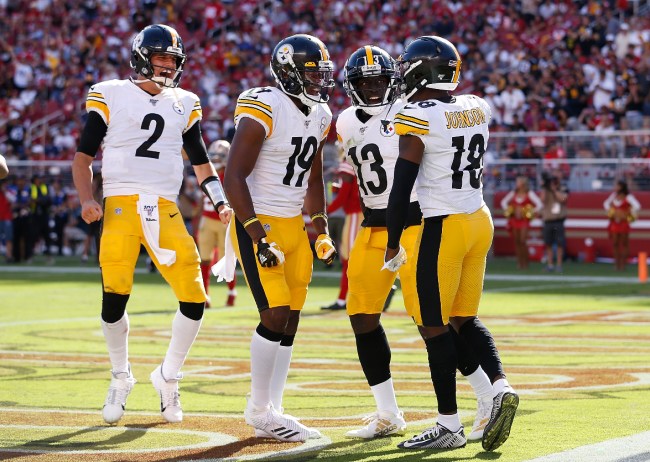 The Pittsburgh Steelers will have somebody else under center besides Ben Roethlisberger for the first team in nearly two decades. The Steelers used a first-round choice on Kenny Pickett and signed Mitch Trubisky this offseason, and Mason Rudolph is still on the roster.

The expectations were that Trubisky is set to be the starter, although Pickett might steal the job. However, Rudolph gave some interesting comments and thinks he has the chance to be the starter (h/t Myles Simmons of Pro Football Talk).

“Everything I want is still in front of me. I still have an opportunity to be a starter. I can’t control what goes on on the second floor, but I’ve been told that and I’m excited to do my best to compete to be the guy.”

Does Mason Rudolph really have a shot to be the Steelers starting QB?

On the surface, Rudolph is expressing confidence just like Sam Darnold did recently. On the other, Rudolph insists he was told that.

The Steelers might be keeping every door open, but Rudolph’s career thus far hasn’t been the most encouraging thing. He has thrown for 2,366 yards with 16 touchdowns and 11 interceptions in his brief career and appeared in just two games in 2021 — including the Steelers’ ugly tie against the lowly Detroit Lions.

But, why would the Steelers draft Pickett in the first round AND signTrubisky to a two-year, $14 million deal just to roll with Rudolph?

So, going with Rudolph would be a massive head-scratcher, unless the others are really that bad during camp.