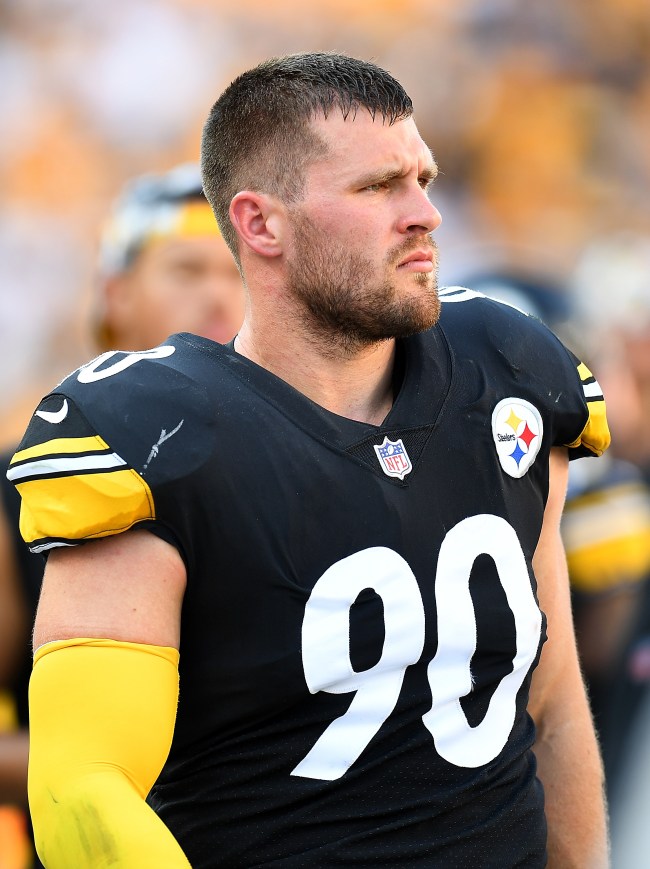 On the surface, it was a great day for the Pittsburgh Steelers. The six-time Super Bowl Champions upset the Cincinnati Bengals in a wild game, 23-20 and TJ Watt dominated.

CHRIS BOSWELL FOR THE WIN!

That’s why you pay the man! 💰 pic.twitter.com/7Ezxiy7qjw

But, two key players in linebacker TJ Watt and Steelers Najee Harris left the game with injuries. Running back Najee Harris, who led the NFL in touches as a season last year,  seems to be ok.

I’m told the Najee Harris injury is not considered a big deal. #Steelers

But, the news about TJ Watt, who was the NFL’s Defensive Player of the Year,  is much worse.

Watt left late in the game with an apparent arm injury and the initial news is not good.

Watt knew right away that something was very wrong.

Steelers believe TJ Watt tore his pec and he is scheduled to undergo scans Monday to confirm diagnosis, per source.


Steeler fans were hoping Watt’s self-diagnosis was wrong. But, it sounds like he was right.

Steelers believe TJ Watt tore his pec and he is scheduled to undergo scans Monday to confirm diagnosis, per source.

A torn pectoral is typically a three-or-four month injury. And, that would be most, if not all,  of the Steelers’ 2022 campaign.

The Steelers did win the game. But, most Steelers fans would rather have a healthy TJ Watt.

I can’t even watch games right now. Just sick to my stomach.

A lot of Steelers fans had tweets like this one. But, I don’t think @Nicole22662’s pectoral muscle would hold up, either.

@Rickfish412 thinks Watt will be back ahead of schedule. But, he has to remember, brother JJ was not particularly good when he returned early from his injury.

Normal be shocked if standard medical recovery times don’t apply to him.