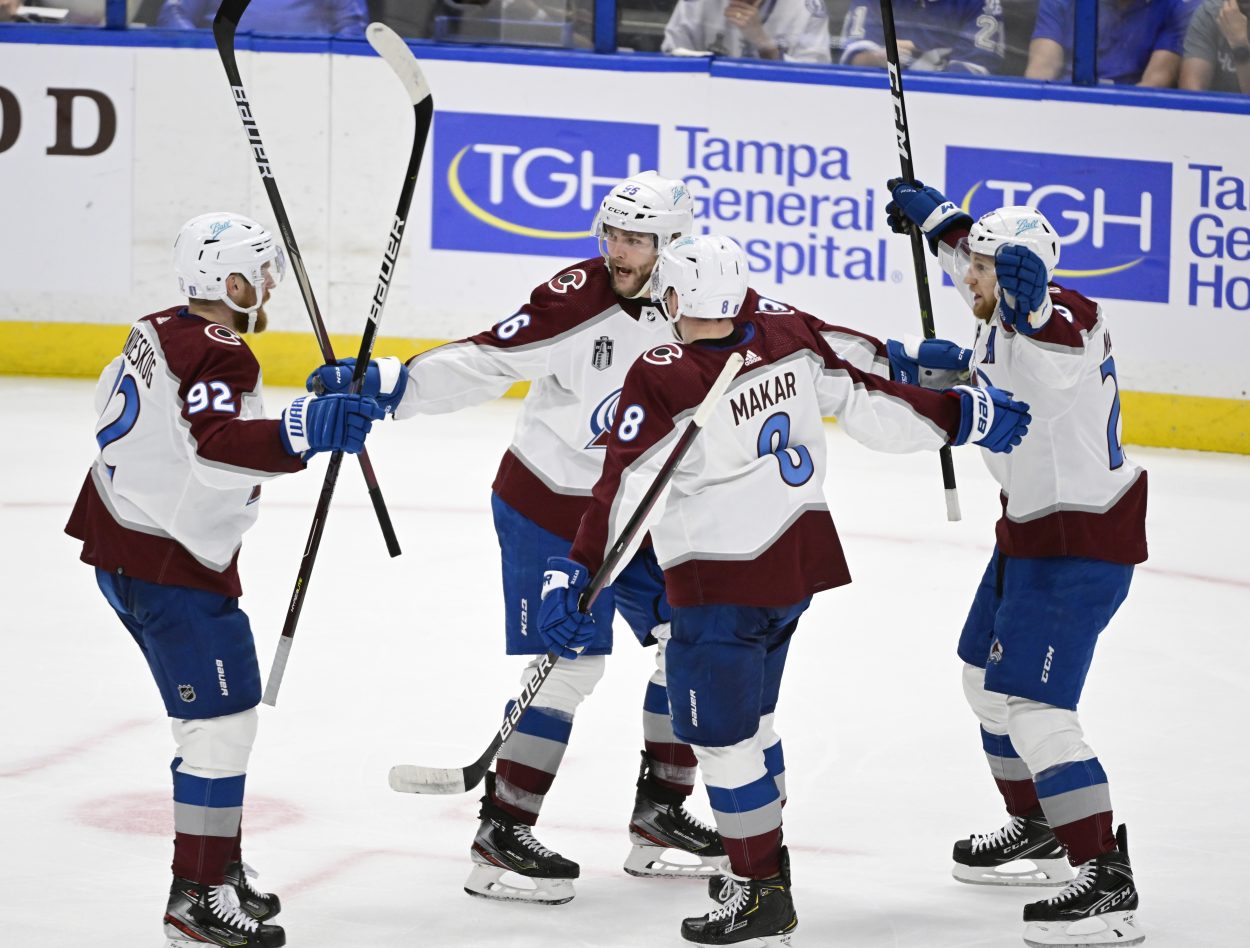 Every sports bettor has a story of the one that got away.

That parlay that was just one leg away from paying off the car you spent entirely too much money on or your student loans.

Flynn, a Purdue graduate, actually completed that parlay last year. He cashed a bet for more than $20,000 on the following $5 parlay:

His tweet at halftime of that Super Bowl went viral.

And now Flynn is doing it all over again.

He placed a $25, five-leg parlay on the following outcomes:

The first four outcomes have already come to fruition. Now, the Avalanche have three chances to turn Flynn’s $25 into $34,116.88.

In an interview with ESPN, Flynn said “At the end of the day, I like to bet on talent. Talent and a little bit of storyline, some vengeance or a little extra motivation.”

The 26-year-old has turned down an offer of $20,600 from FanDuel to cash out the bet. Instead he’s placed $2,500 worth of bets on the Tampa Bay Lightning to beat the Avalanche in an attempt to hedge.

Either way, Flynn is going to end up much more wealthy than he had been. And he’s gained a reputation as an historically good sport bettor.