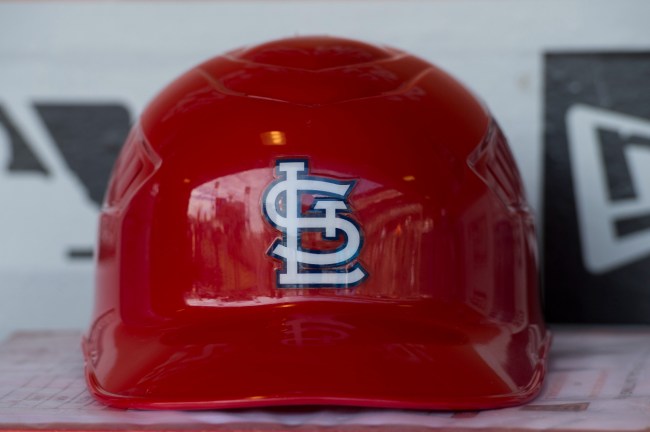 Major League Baseball has been around for a long time. Yet, we still marvel at some unbelievable circumstances. This time, let’s examine a minor league scenario that unfolded on Wednesday night.

St. Louis Cardinals minor leaguer Chandler Redmond put together one unreal stat line: He hit for the cycle with home runs. Yes, Redmond hit a solo, two-run, three-run homer, and a grand slam all in the same game.

Cardinals prospect Chandler Redmond homered for the cycle – hitting a solo homer, a two-run shot, a three-run bomb, and a grand slam 🤯 pic.twitter.com/BmPhZdl4WE

Talk about a fantastic game for Redmond! For perspective, Redmond now has 17 home runs and 61 RBIs on the year, so his totals went up big time after a spectacular game.

Redmond plays for the Springfield Cardinals, the Double-A affiliate of the Major League club.

This has happened just once in minor league history but never in MLB history.

No Major Leaguer has ever done what @Cardinals prospect Chandler Redmond did for the @Sgf_Cardinals.

Ever hear of a "home run cycle?" Here it is: pic.twitter.com/zioZoVw0ZF

Just having four hits in one game is impressive. But, four home runs?!?!?

Springfield defeated Amarillo 21-4, so Redmond had more than half of the team’s total RBIs on an unreal evening.

Redmond’s final line was 5-6 with four home runs and 11 RBIs. Indeed, the Cardinals might want to move him up to the next tier of the minor leagues pretty soon.

This is history, and we might never see this happen again.