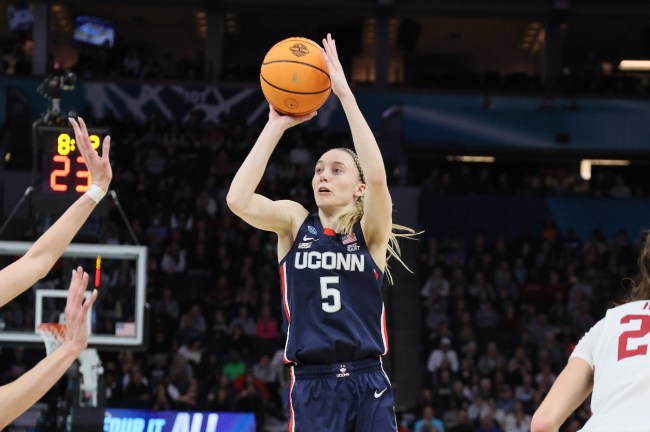 UConn Huskies women’s basketball star Paige Bueckers is one of the best in the game. She worked her way back from an injury in December of 2021, and it was a long, long road.

BREAKING: Paige Bueckers has suffered a torn ACL in her left knee and will miss the 2022-23 season, UConn released Wednesday. Bueckers sustained the injury during a pick-up basketball game and underwent an MRI Monday evening to confirm the injury. She will undergo surgery Friday.

This is devastating news for everybody involved in sports and the sports world in general. Huskies head coach Geno Auriemma spoke on the news and wished the best recovery for Bueckers.

Auriemma (cont.): " … We’ll miss her presence on the court, but she’ll do everything she can to still lead and help her teammates this season. Our program will support Paige through her healing process to help her come back better and stronger."

Paige “Buckets,” as she has been known, is a sensation in the sport for a million reasons. So, this news didn’t go over well, and the 2022-2023 season will go on without Paige Bueckers.

Devastating news for UConn and Paige Bueckers, who worked so hard to come back from her tibial plateau fracture and meniscus tear last year and will now be sidelined the entire 2022-23 season https://t.co/N2bo7srhD0

that paige bueckers news is so painful

don’t mind me i’ll just be sobbing for the next three weeks https://t.co/yVOgLDdep8

The worst part is that the ACL tear was in the same knee as the injuries from last season.

The ACL tear did indeed happen in the same knee (left) where she suffered last year’s injuries https://t.co/GQZ5WLkYsW

After winning the Player of the Year award in 2021, there were high hopes for Bueckers, and plays like these are precisely why.

Paige Bueckers is a special talent

Prayers up for a speedy recovery 🙏🏽pic.twitter.com/HY3JCIydbJ

The reactions came pouring in quickly, and it will be tough to watch UConn basketball without Paige Bueckers.

The star even took to Instagram and wrote a long, emotional message.

"It's gonna be one hell of a comeback…I’ve worked too hard for the little kid in these pictures to keep going for the dreams I've had since I first picked up the ball, so why would I stop now?" pic.twitter.com/f7lsyYQCiN

Here’s to a successful recovery for Bueckers.