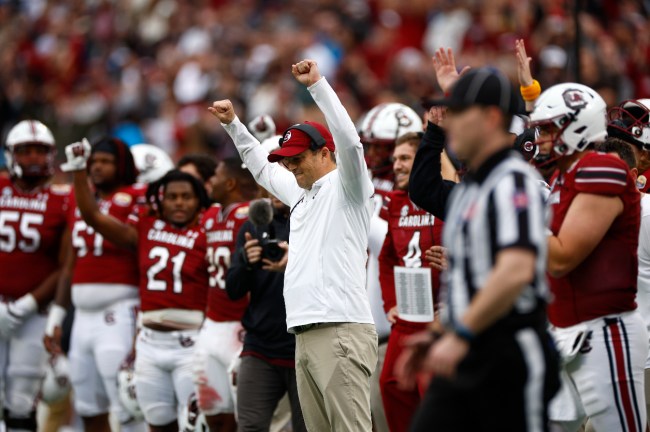 College football season is here! Or, at least it’s starting to feel like it. Media days have given us plenty of golden nuggets, and Big 12 media days came and went with Oklahoma State head coach Mike Gundy firing an absolute shot at Oklahoma.

The SEC media days are now kicking off, and Jimbo Fisher vs. Nick Saban has all the spotlight.

One team in the SEC that is expected to take a massive jump is the South Carolina Gamecocks. The Gamecocks landed Spencer Rattler in the transfer portal, and the former Sooners QB should give them an enormous boost.

The Gamecocks and head coach Shane Beamer went viral with a must-see TikTok Challenge. Sit back and enjoy.

Job well done by South Carolina! However, Ole Miss women’s basketball did something similar recently, and head coach Yolett McPhee-McCuin was also delightful in their rendition.

The Gamecocks version went over well with some, but others weren’t as satisfied with this video.

I am digging the SC vibe 😂 https://t.co/IHJg4ae2UF

What in the world.. https://t.co/kujp1SkBSU

Doesn’t get much more epic than this https://t.co/h6M6QWLN6s

Shane Beamer has a lot of pressure mounting in his second season with the Gamecocks. In 2021, they finished 7-6 and 3-5 in SEC play. But the addition of Rattler alone could make this team one of the best in the SEC East.

Nonetheless, Beamer got his team fired up with this viral video, and at least everybody is having fun.