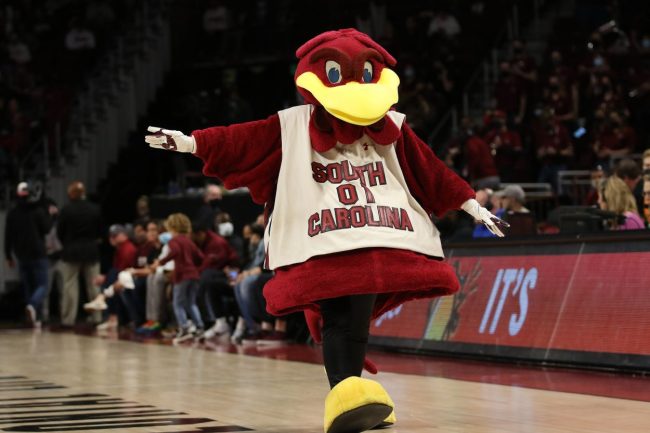 Some drastic changes are coming to the University of South Carolina. Second-year Gamecocks head coach Shane Beamer appears to have his team headed in the right direction. And epic offseason preparation methods haven’t seemed to slow that momentum.

One thing, however, is holding South Carolina back: the name of their live Gamecock mascot.

The large fowl formerly known as Sir Big Spur is getting a name change, according to reporter Jeremiah Holloway. The change is reportedly due to a disagreement between the bird’s former and current owners over its hairstyle.

“According to a report from The (Charleston) Post & Courier, the original owners trimmed the rooster’s comb — the red, fleshy area on its head — to make the bird look more like a fighting Gamecock. The Clarks have opted to keep the comb intact, citing the health benefits to the bird.”

Now that the Gamecocks are in search of a new name for this proud, regal bird, The State is running a poll to try to determine the best name for the animal. The options, of course, are absolutely hilarious.

Cock Commander, unsurprisingly, is off to a commanding lead in the poll. It’s received 1,823 votes thus far and 59 percent of the total share. Coop is the closest competitor with 258 votes, or eight percent.

Personally, Marco Pollo feels a bit slept on in all of this. Regardless, the new name is sure to be befitting of South Carolina’s cock king.