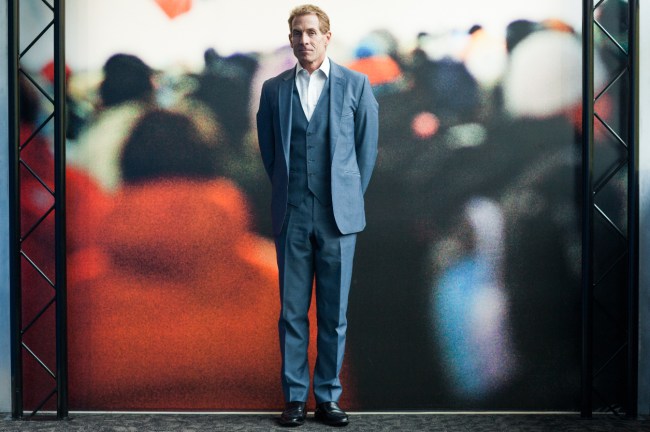 Russell Westbrook and Skip Bayless are not friends. Not in the slightest.

After the Los Angeles Lakers drafted Max Christie on Thursday night, Bayless took to Twitter and showed his frustration with the choice while dissing Westbrook, calling him “Westbrick.”

Well, Westbrook responded and surely wasn’t happy about the continuous bashing from the noted Lakers hater.

A couple of days later, Bayless took to Twitter again and fired off a few more tweets that might not go over well at all.

Skip might want to try to be more careful, especially after the latest tweets on Sunday evening.

Hey, Russell Westbrook (@russwest44) … happy to talk face-to-face about the nickname I believe I originated in 2012. JOIN ME ON TV/PODCAST. Let's talk about how you'll make $47 mil next yr after being THE WORST 3-PT SHOOTER IN THE NBA! Most overpaid player ever? PLEASE JOIN ME

Amazing & amusing how Russell Westbrook is trying to turn himself into a victim after he was such a nightmare for Laker Nation last yr. All he has to do to shut up/shut down us critics is simply to MAKE SHOTS & QUIT COMMITTING SADLY COMICAL TURNOVERS. But … it's critics' fault.

It never ends for Skip, really. He had beef with Stephen A. Smith, and now — apparently — he has moved on from dissing LeBron James and is focusing on Westbrook instead.

Now comes the million-dollar question: Will Westbrook actually take Skip up on his offer and make an appearance on TV or a podcast and chat with Skip? If he does, that would make for some must-watch television.

Now we wait and see if or when Westbrook replies, and we can only imagine how upset the Lakers point guard is now.