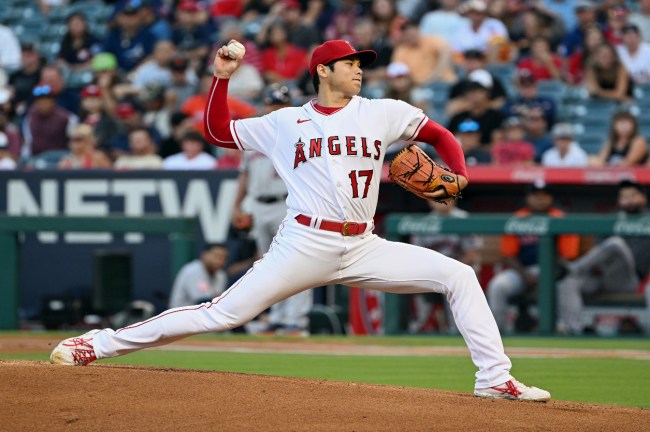 By this point, it shouldn’t be a surprise when Los Angeles Angels star Shohei Ohtani has a stellar night. The American League All-Star (both at pitcher and designated hitter) is genuinely one of a kind, and baseball fans are enjoying a marvel we have never seen before.

On Wednesday, it was another outstanding performance by Ohtani. He pulled double duty, getting the start on the mound against the Houston Astors. Ohtani dazzled, throwing six innings of one-run ball and striking out 12 batters.

What an inning‼ Shohei Ohtani strikes out the side@Angels | #GoHalos pic.twitter.com/Pvyh2KCFoY

Oh, and he did it at the plate as well. Ohtani went 2-4 with a single, triple, and two RBIs on the evening.

hey (with the intention of making you look at more Shohei Ohtani content) #GoHalos pic.twitter.com/s09bzBpZbQ

One more thing: He etched his name next to Nolan Ryan with a masterful pitching performance.

That’s some terrific company to be a part of, and the stretch Ohtani has been on lately is absolutely unreal. His past six starts have been phenomenal.

He is now 9-4 on the year with a 2.38 ERA. Here’s another list with Ohtani next to some MLB legends.

A list of the pitchers with four consecutive outings with double-digit strikeouts and no more than one run allowed since the earned run became an official stat in 1913, per @ESPNStatsInfo …

Sure, the Angels are struggling big time and are 39-50 on the year, but Ohtani makes this team a must-watch every single night. Plain and simple, we haven’t seen anything like this before, and we might not ever see it again.

When Shohei Ohtani plays, tune in.