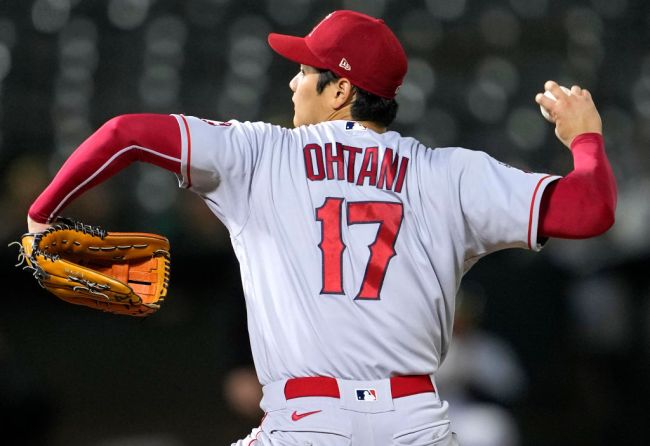 Shohei Ohtani has been unreal so far this season and he’s not showing any signs of slowing down soon. The Angels two-way star continued making history on Tuesday night, even joining Babe Ruth in the record books.

Ohtani pitched six scoreless innings along with a solo homer in the Los Angeles Angels’ 5-1 victory over the Oakland Athletics, achieving several monumental milestones in the process.

With his 10th win of the season, Ohtani became the only player in MLB history to win 10 games and hit 10 home runs in a single season since Babe Ruth back in 1918.

According to the Angels, it also happened twice in the Negro Leagues, by Bullet Rogan with the 1922 Kansas City Monarchs and Ed Rile with the 1927 Detroit Stars.

Even after taking a line drive to his foot and limping off the field, Ohtani continued making history. He connected for his 25th home run of the season in the 7th inning, passing Ichiro Suzuki for the second-most home runs by a Japanese-born player. Now only Hideki Masui remains ahead of Ohtani with 175 home runs.

He passes Ichiro Suzuki for the 2️⃣nd-most home runs by a Japanese-born player 🤩 pic.twitter.com/HEF52DoSgl

And if you know anything about baseball, you know there’s always some crazy stat that hasn’t happened in decades. Well, Ohtani tagged that base too.

It just so happens that the last time an American League pitcher homered and threw six scoreless innings was August 9th as well, only 50 years ago in 1972.

Tonight, Shohei Ohtani became the first American League pitcher to homer and throw 6 scoreless IP in the same game since Dave McNally for the Orioles on August 9, 1972, exactly 50 years ago today.

1972 was the last season before the AL adopted the designated hitter. pic.twitter.com/UJcHZstUBL

The night came with a couple of personal milestones for Shohei Ohtani as well. He reached 1,000 career strikeouts combined between the MLB and NPB. He also set a new career high for strikeouts in a season at 157 so far.

With it being just another typical Tuesday night for the Japanese dual-threat, fans couldn’t stop marveling at his performance.

can’t sleep, thinking of all of Shohei’s accomplishments 😇

Sounds like another MVP award is coming his way

Hitting a single against the shift while limping bad + pitching himself out of two jams & has me convinced Shohei Ohtani is a real wizard pic.twitter.com/lr9YnLWNuA

In his fifth MLB season, Shohei Ohtani is already one of the game’s best. He makes the Los Angeles Angels exciting to watch even with their lackluster 48-63 record. It truly feels like a new record is broken every time he steps to the plate or onto the mound.

The 2022 MLB regular season is nearing its end. And following Tuesday night’s performance, Ohtani is making quite the argument for back-to-back AL MVPs.