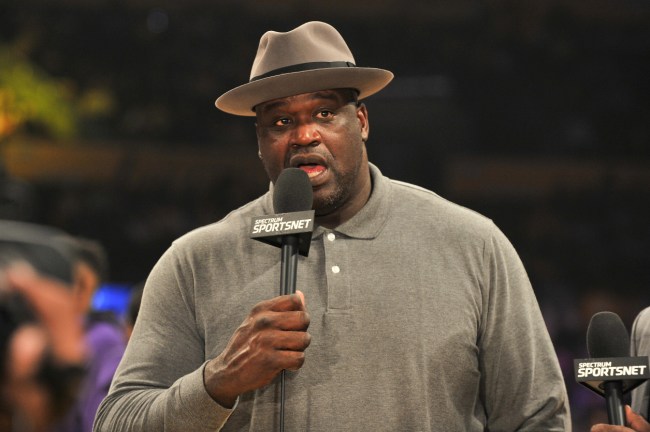 The Shaquille O’Neal and Kobe Bryant duo will forever be one of the best in the history of the NBA. The Los Angeles Lakers were a monstrous force to deal with, and the Kobe-Shaq pairing resulted in three NBA championships together.

The debate of who carries who will always be a fun one to have, but nonetheless, both players were superstars, and both players finished their respective careers as some of the best in the history of the sport.

Well, one specific NBA fan shot off a hot take at Shaq, and the NBA legend responded in epic fashion.

Shaq’s numbers were video-game stats. He was a monster and an unstoppable force down low.

Yet, some fans don’t think he would have won without Kobe, and Shaq ripped one NBA fan for his wild take.

Shaq didn’t hold back one bit, and he has every reason to be upset. The argument will forever be had, but nobody can deny how unreal Shaq’s numbers were during those years.

SHAQ in the NBA Finals:

Yeah, those are impressive numbers all the way around.

Kobe and Shaq needed each other back then, and the former Lakers big man said it himself: “no person can win without another star.”

For what it’s worth, the fan has yet to respond to Shaq, and he probably won’t be able to.