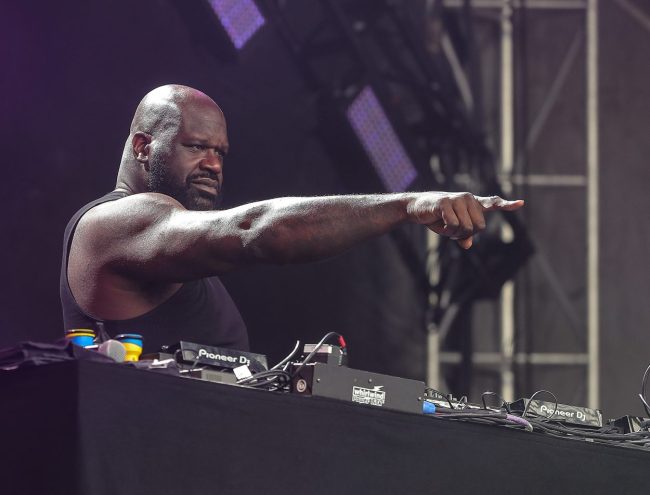 Shaquille O’Neal has never been afraid to let his opinions be known. Just ask Kevin Durant and Rudy Gobert. But the Big Diesel’s latest take has basketball fans in shock.

Shaq and Inside The NBA co-host Kenny Smith reunited recently for an episode of his podcast.

The pair, as well as host Nischelle Turner and guest Spice Adams, were discussing the the NBA’s Western Conference when O’Neal dropped an absolute bomb of take.

The exchange begins at 20:10 mark of the video above

“Nobody’s going to beat the bets player in the world, Steph Curry,” he said.

Turner, seemingly shocked, asked Shaq if he truly meant “best player in the world?” He then responded in the affirmative.

“Yeah. By Far. Hell yeah. Best player. As Kenny would tell you, you can have a category but the real ones are recognized by the championships that you have. Nobody plays better than Steph Curry. He’s a tough-shot taker (and a) tough-shot maker. I like where he’s brought his career.”

Curry is coming off his fourth NBA Championship run and his first NBA Finals MVP. During the finals series win over the Boston Celtics, he averaged a jaw-dropping 31.2 points to go along with 6 rebounds and 5 assists.

The performance was so good that it led ESPN NBA analyst Bobby Marks to put Curry No. 2 on his all-time list behind Michael Jordan.

Basketball fans on Twitter largely agreed with the Hall of Fame big man.

He is literally saying right now Steph is the best player in the world..and tbh he is right..now when the season is over the answer might be different https://t.co/poa5FuNnBa

Thank you @SHAQ .. i been tryna tell em https://t.co/9iNBEIjzeY

Praise for Curry continues to come from all corners of the sports world. Soccer star Neymar was the most recent, copying Curry’s famous “night, night” celebration.

Though Curry doesn’t seem to be caught up in all the hubbub these days.