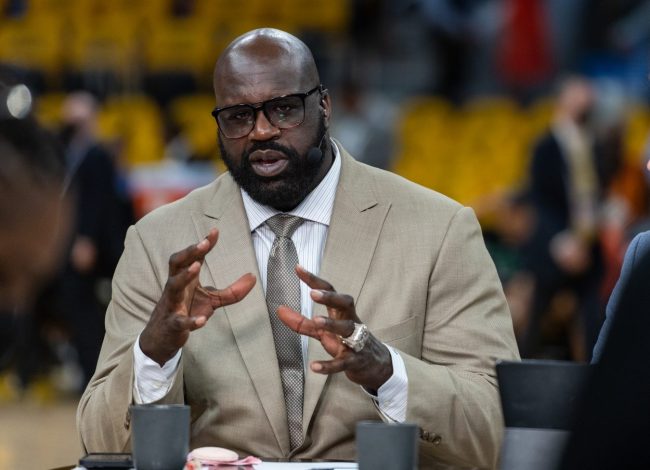 Shaq has never been one to mince words.

Whether it was in his playing days or as an analyst with TNT, the Big Diesel is always one to say what’s on his mind. Now, he’s once again making headlines for this thoughts on current NBA players. Particularly, he’s taking shots at Utah Jazz center Rudy Gobert.

Speaking on his show “The Big Podcast”, the Big Shaqtus had the following to say when discussing why he goes after modern players:

Shaq didn’t specify whether he had specific beef with Gobert or if or the French big man just caught a stray, but those are some pretty harsh words. They also didn’t sit well with some current NBA players. None bigger than Kevin Durant.

To which Shaq snapped back immediately.

i know i'm hillarious, and i'm not a billionaire i'm actually broke. but will always speak facts. thank you saying i'm funny means a lot

O’Neal and his NBA on TNT co-hosts are regularly at the center of attention. But NBA fans seem split on Shaq’s take this time around. Though many just had a simple message, stop hating.

yeah but be honest you think rudy deserves 250 mill?

maybe I need to seek out even more context for this quote but either way Shaq gotta be a first ballot member of the hater hall of fame https://t.co/rdO28T7LwG

Mad at a player getting his coins💰 is weird behavior especially from someone who is richer 😂 https://t.co/4Nih5hc63j

This is sad. I want Shaq and these old heads to be better than this. There’s something really wrong with Shaq being mad at Gobert getting a huge contract https://t.co/FY92la4Nce

Being unhappy about someone getting money is lame energy , idc if y’all think he deserved it or not, u should be happy he got that. https://t.co/htdj8nhrFF

Gobert is just the latest subject of Shaq’s ire. His longstanding feud with Dwight Howard is NBA lore and he’s regularly been hard on Sixers superstar Joel Embiid.