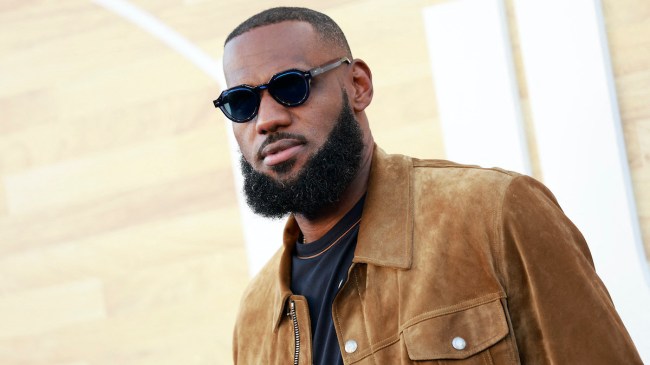 Serena Williams is undoubtedly one of the greatest athletes of all time and a few other GOATS were watching her play in the final tournament of her career.

The 23-time Grand Slam champion announced her retirement in Vogue magazine in early August and began playing in the opening round of the 2022 U.S. Open against 80th-ranked Danka Kovinić.

With each match possibly being her last, NBA superstar Lebron James posted an appreciation video on Monday where he repeatedly called Williams the greatest of all time. She advanced to the second round with a 6-3, 6-3 victory and the Lakers star kept the GOAT talk coming.

While Williams faced off against 2nd-seed Anet Kontaveit on Wednesday, James had an even better reaction on his Instagram story. He called Williams the GOAT once again but started making goat noises in a hilarious tribute.

Williams would advance to the third round by defeating Kontaveit 7-6, 2-6, 6-2. It was a thrilling matchup with the first set going to a tiebreak. James, like the rest of the world, was absolutely loving the greatness out on display.

As it turns out, he wasn’t the only GOAT watching the GOAT either. 15-time major championship winner Tiger Woods was actually spotted in attendance.

While there were no goat noises from the golf superstar, he did let out a roar with his signature fist pump. Woods also went on to appreciate Williams’ greatness in a tweet following the match.

It was a privilege to watch greatness. Congrats @serenawilliams

Serena Williams will face Ajla Tomljanović in the third round on Friday, September 2nd. Her final tournament run isn’t over quite yet and fans from across the globe will surely tune in to witness greatness before it’s gone.

Plus, it’ll be interesting to see how Lebron James one-ups his next tribute.