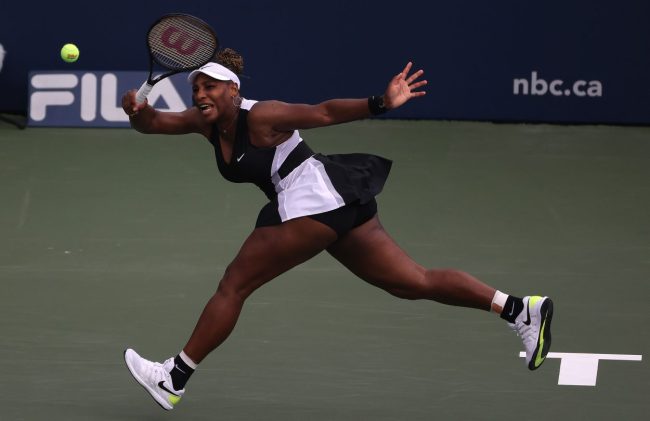 The clock may well be ticking on the women’s tennis GOAT. At least if she has anything to say about it.

It’s been more than five years since Serena Williams won her last Grand Slam championship at the 2017 Australian Open. Since that time, the now 40-year-old has given birth to her daughter Olympic, dealt with life-threatening complications, married Reddit co-founder Alexis Ohanian and gone through a ton of public scrutiny.

Now, the 23-time Grand Slam champion says it may be time to call it quits.

In an article in Vogue Magazine, Williams says that the 2022 US Open, which begins at the end of the month, will be her final professional tournament.

I have never liked the word retirement. It doesn’t feel like a modern word to me. I’ve been thinking of this as a transition, but I want to be sensitive about how I use that word, which means something very specific and important to a community of people. Maybe the best word to describe what I’m up to is evolution. I’m here to tell you that I’m evolving away from tennis, toward other things that are important to me. A few years ago I quietly started Serena Ventures, a venture capital firm. Soon after that, I started a family. I want to grow that family.

Williams began her legendary Grand Slam run with a win at the 1999 US Open at just 17 years old. It’s fitting, then, that she closes her storybook career at the same venue and on the same court.

Fans far and wide quickly rushed to give Williams her flowers on Twitter.

Quote tweeting an article about yourself and calling a "must read" is exactly the kind of BDE that reinforces just how much we're all going to miss Serena. https://t.co/1b7BUoOEYo

We talk a lot about 🐐’s and Mount Rushmore’s. There’s no denying Serena’s place on those lists for the 2000’s.

What a freaking run. https://t.co/yPasUJfT8b

There may never again be another player like Serena Williams, but the mark she made on the sport of tennis is as big can be.

Are we sure Ben Simmons even likes basketball? https://t.co/AYNuc4cuY3

Williams had made Grand Slams must-watch TV for the past 20-plus years. No doubt, fans will be glued to the television watching her every match in this her final tournament.