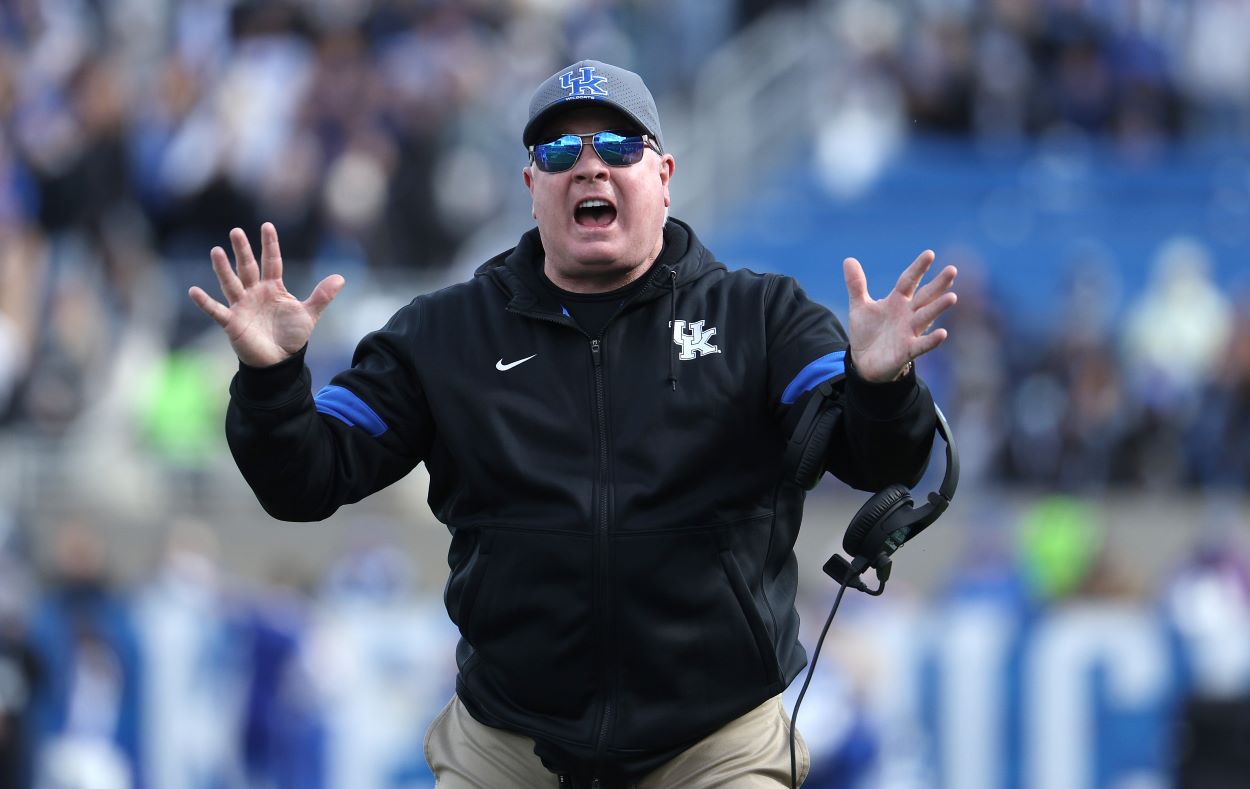 Mark Stoops’ time at Kentucky has been an unqualified success.

Stoops took over the program in 2013 after Joker Phillips went just 2-10 in 2012. While it took him a while to get going, by Stoops’ fourth year the program was bowl eligible. The Wildcats have now made six consecutive bowl appearances.

So why is it Stoops is getting no respect?

Jesse Simonton of On3 Sports released his list of the top coaches in the SEC on Monday. Fans seemed fine with Nick Saban grabbing the top spot with Kirby Smart at No. 2. Beyond that, things began to get testy.

Chip Kelly’s spot at No. 3 ahead of Jimbo Fisher raised eyebrows. Fisher’s national championship with Florida State and Kelly’s lack of SEC experience had fans shaking their heads.

Jimbo has a title so I’d have him over Kelly

Kelly hasn’t coached a single game in the SEC yet.

Brian Kelly at 3 before his team has even played a game is a joke https://t.co/G7CqQda5ee

But the biggest point of contention surrounded Stoops.

Everyone has hype over mark stoops when he is the epitome of an average coach, quite literally the definition of .500

I’m Not convinced Stoops should be ahead of Kiffin.

Kentucky boosts don’t seem to care what others think of Stoops. They recently handed him a monster contract extension that runs through 2027 and makes him one of the country’s highest-paid coaches.

That alone should be enough to keep Stoops from getting too upset over what fans think of him.