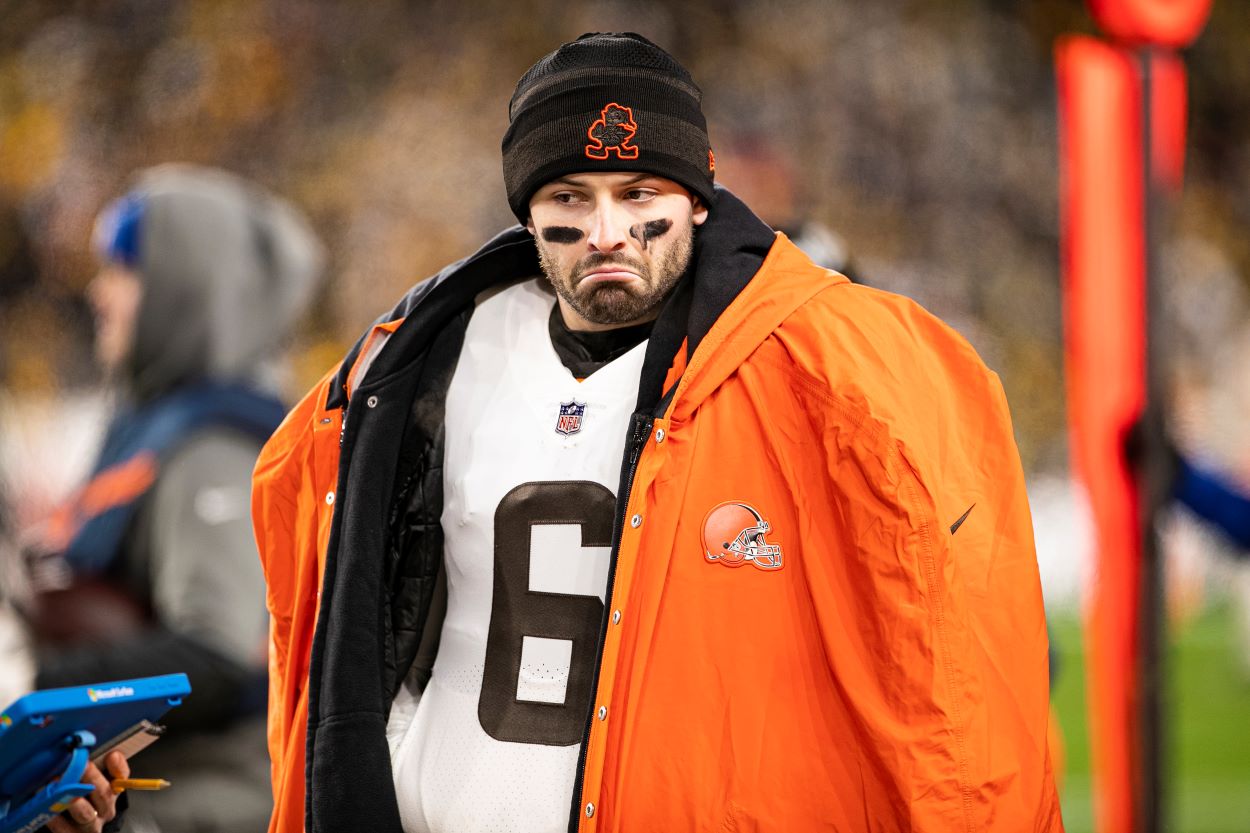 It’s a tough time to be a Seattle Seahawks fan.

The team appears to be entering a rebuilding phase after trading franchise quarterback Russell Wilson. Seattle is also dealing with an unhappy star receiver in DK Metcalf.

One thing that may make Metcalf more happy is the team acquiring a quarterback that’s more capable than the island of misfit toys thing it currently has going on.

It appears that may be about to happen.

The Seahawks are considered one of the front-runners to land disgruntled Cleveland Browns quarterback Baker Mayfield. Mayfield and the Browns had a tumultuous relationship even before Cleveland went out and acquired Deshaun Watson.

Now, that relationship seems irreparable and both sides seem to want to get Mayfield out the door. Seattle’s need for a quarterback and seeming urge to still compete in the ridiculously strong NFC West makes it a prime suspect. The team may just have let it slip that a deal is imminent.

This was leaked on the Seahawks fan shop earlier today… It doesn’t seem like they would make this the way to announce it to the public but definitely something to keep an eye on. #Browns pic.twitter.com/kzBb5cZFBL

Yes, that is the official team store of the Seattle Seahawks. And yes, that is an official Baker Mayfield Seahawks jersey available for purchase. A pretty weird thing to have if you don’t know for certain Mayfield is joining your team.

Some quick internet sleuthing shows that the jersey is not longer available through Seattle’s online store. But with looming interest between the two sides, it feels like it could just be a matter of time.

Maybe it’s nothing. Or maybe an employee just got a little too trigger happy.