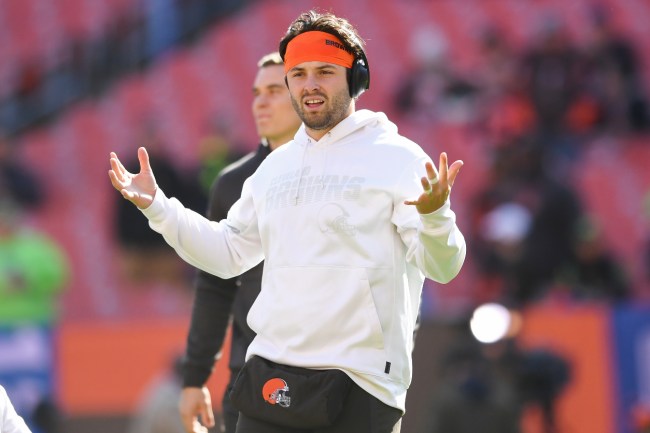 Where will Baker Mayfield end up? At this point, nobody has any idea.

The two most apparent teams that make sense for the disgruntled Cleveland Browns QB are the Carolina Panthers and Seattle Seahawks. Yet, here we are at the beginning of July, and the Browns still employ Mayfield.

While the Seahawks have been mentioned repeatedly as an option, Ian Rapoport of NFL Network hopped on the Pat McAfee Show and suggested otherwise.

"I don't know what's gonna happen with Baker Mayfield but the Seahawks have never really been that interested in him" ~@RapSheet#PMSLive pic.twitter.com/4OSCOJihtT

Well, that’s quite different than what we have heard for the past few months. Also, the Seahawks appeared to spill the beans by posting Mayfield’s jersey on their website.

Yet, no deal has been done.

If Baker Mayfield Doesn’t Go To The Seahawks, Then What Happens?

To be honest, who knows.

The Browns traded a ton for Deshaun Watson, and even if he is suspended, all signs point to Jacoby Brissett slotting in as the starter.

The Panthers are ready to roll out Sam Darnold once again — for some reason — and have rookie Matt Corral waiting for his turn.

So, that leaves Mayfield teamless for now, at least if the latest from Rapoport is factual. To be fair, Rapoport is always spot on when it comes to NFL intel, and Pete Carroll and the Seahawks might roll with Geno Smith and Drew Lock with their eyes fixed on the talented 2023 QB class.

Nonetheless, this is undoubtedly disastrous news for the hopes of Mayfield getting traded.