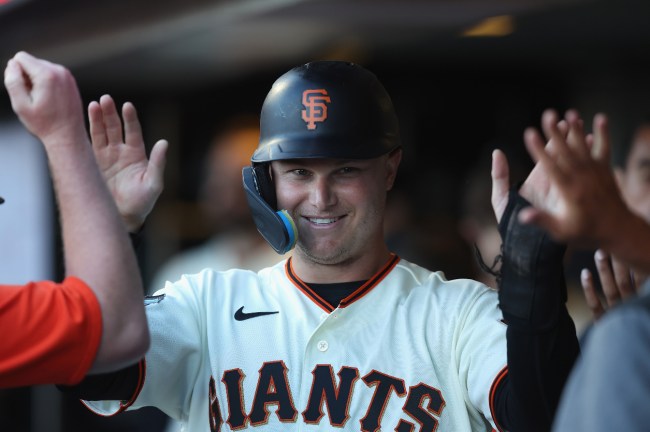 The fantasy football tension between Joc Pederson and Tommy Pham appears to be long in the past. Just a couple of weeks have gone by since the feud between the San Francisco Giants and Cincinnati Reds outfielders got into a spat on the field over fantasy football.

However, the Giants reignited things on Monday evening before they played the Kansas City Royals.

Just when we all thought it was over, the Giants came out of nowhere and rocked some clever shirts during warmups.

Seriously. This is a hilarious jab by the Giants, and surely Pham saw these shirts.

The entire debate began between Pham and Pederson regarding players being illegally stashed on the IR. Los Angeles Angels star Mike Trout was the commissioner of that league, and Trout issued his two cents (somewhat) on the situation.

The timing of these shirts is interesting, especially because things have cooled off a bit on the fantasy football front over the past week or so.

But, get ready. The Reds and Giants face off in a three-game series in San Francisco beginning on June 24.