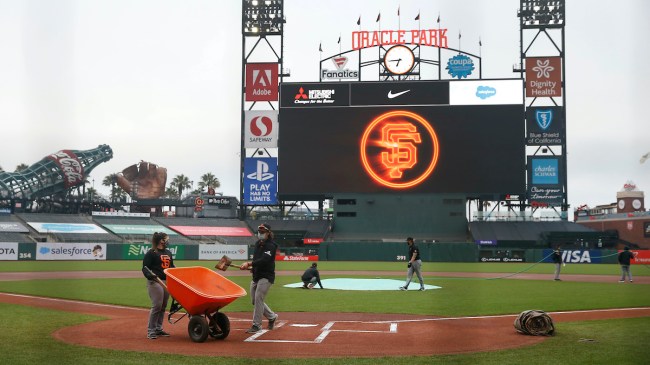 In baseball, the conversation largely centers around robot umpires after some historically bad umpiring performances. However, the San Francisco Giants have gone in a different direction with their latest addition.

The Bay Area baseball team has become the first in the MLB to introduce autonomous lawn mowers to assist their grounds crew. Yes, exactly like a Roomba except for grass instead.

It might not seem like much, but heads groundkeeper Greg Elliot explains that mowing grass is actually one of the most expensive parts of the job.

He believes these new automated mowers will not only free up time for their staff but also improve the playing conditions “pretty significantly.”

To quell any concerns that whoever was in charge of the manual lawnmowers might be out of a job, Elliot noted that the normal mowers will still be used. Replacing staff isn’t the goal here. Instead, he hopes that the grounds crew will be freed up to focus where the most work is needed.

While some Giants fans found the new tech to be quite nifty, others hoped their team would invest more in the players and less on the field.

So they have money for this shit but they are too cheap to bring talent here ??

Or perhaps, they intended to listen to fans’ wishes but mixed up their terminology as another fan suggests.

The Giants haven’t seen much success since their dynasty in the 2010s. It seems one fan believes decisions like these are the reason.

This is the kind of stuff I cant stand about the giants now. They are experts and on the cutting edge of everything except actual baseball.

No matter what fans’ feelings are on the new technology, there’s no denying the future is here. Even if it’s something as simple as a robot lawn mower.