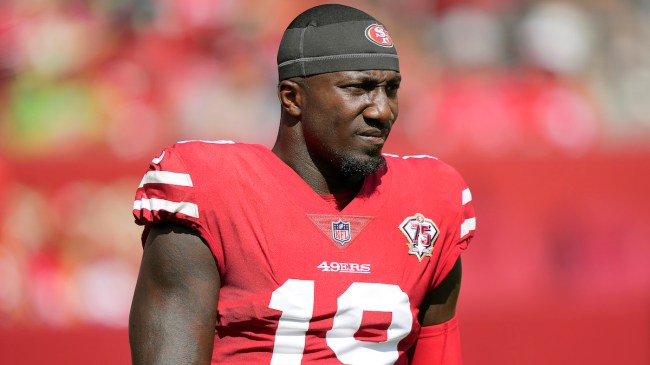 The San Francisco 49ers sent a clear message by trading for superstar running back Christian McCaffrey: the time to win is now.

The team currently sits 3-4 and can move to .500 on the season with a win over the Los Angeles Rams on Sunday. They’ve already defeated their division rivals once this season, but doing it a second time is never easy. To make matters worse, the Niners will be without several key players on both sides of the field.

On Friday, the San Francisco 49ers were dealt a massive blow with star wide receiver Deebo Samuel ruled out for the matchup due to a hamstring injury.

49ers ruled out WR Deebo Samuel for Sunday’s game vs. the Rams due to his hamstring injury.

The 2022-23 NFL season started roughly for the 49ers with major injuries to Trey Lance, Elijah Mitchell, and several others. However, they’ve still managed to stay within one game of the NFC West-leading Seattle Seahawks.

Sunday’s matchup against the Rams will be an important decider for how the rest of the season could play out.

So just how big of a loss is Deebo for the Niners? Well, he’s recorded 100+ yards and at least 1 TD catch in his last three regular-season games against the Rams. He put up 115 yards and 1 TD on 6 receptions during the 49ers’ 24-9 victory in Week 4 this season.

Unfortunately for the 49ers, Deebo isn’t the only player set to miss their NFC divisional rivalry matchup. Fullback Kyle Juszczyk was also ruled out after undergoing surgery on a broken finger.

On the defensive side, LB Dre Greenlaw is out after suffering a calf injury last week. DL Arik Armstead, who hasn’t played since Week 4 against the Rams, remains sidelined too with an ankle/foot injury.

The 49ers, who are on a two-game losing streak, will face off against the defending Super Bowl champions on Sunday. Even with the Rams coming off their bye week, the Niners are slight favorites going into the matchup.

They’ll need George Kittle, Christian McCaffrey, and Brandon Aiyuk to step up though if they hope to win and keep their playoff chances alive without Deebo Samuel.