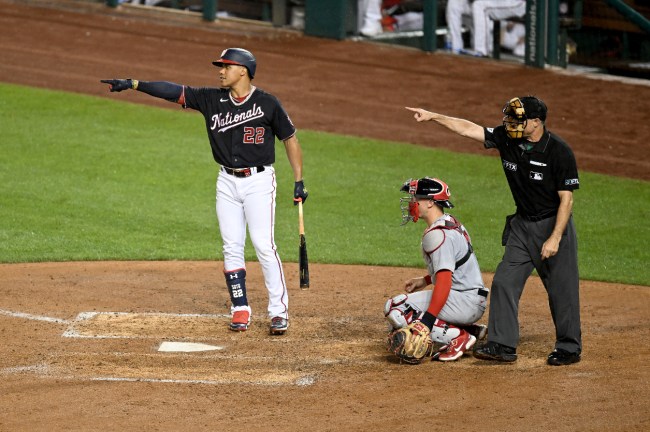 The San Diego Padres stole the show on MLB Trade Deadline day. The day before, they landed Josh Hader in a massive trade.

Then, they got the best player available in Washington Nationals star Juan Soto. The addition of Soto — who wasn’t the only move of the day — was terrific news for the Padres and their fans.

San Diego then traded for Brandon Drury, the Cincinnati Reds utilityman who has hit 20 home runs this season. Oh, and Josh Bell came over in the Soto deal as well.

As such, the Padres World Series odds have skyrocketed in a big way and from several outlets. Here are the following line movements after a flurry of deals:

The San Diego Padres starting lineup on Wednesday or Thursday will look much different than it did during Tuesday’s doubleheader. And, soon we can see a Manny Machado, Fernando Tatis Jr., and Juan Soto Big Three.

What a time for the San Diego faithful.