The San Diego Padres Are Becoming Increasingly Likely To Land Juan Soto, And One Other Surprise Player 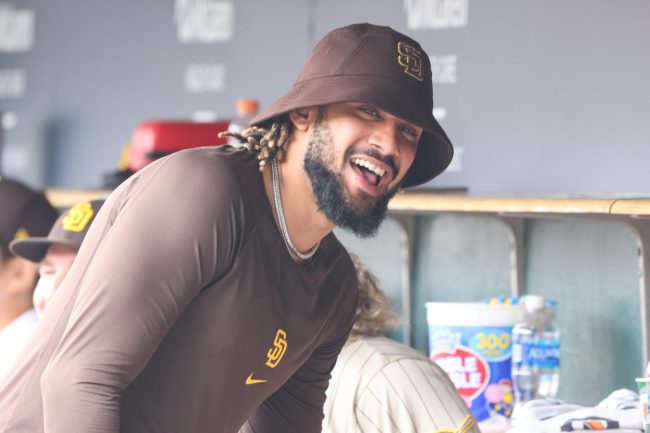 Don’t look now, but the San Diego Padres might be on the verge of becoming the best team in Major League Baseball. Sure, the Padres currently sit at 58-46 and are a whopping 12 games out of first place in the National League West. In fact, San Diego is just three games ahead of the St. Louis Cardinals for the final NL playoff spot.

But let’s put that in context. The Padres have dealt with a slew of injuries throughout the year. That includes a wrist fracture that has cost superstar Fernando Tatis Jr. the entirety of the season to this point. But there appears to be good news on the horizon for the Padres and their fans.

Tatis Jr. is on his way back, having taken batting practice for the first time in recent days. San Diego also acquired another superstar after trading for (former) Milwaukee Brewer all-star closer Josh Hader. On the same day, the organization locked down ace Joe Musgrove to a long-term deal.

And now it appears even more help could be on the way.

Padres Could Acquire Not One, But Two Washington Nationals Players

The Padres have long been considered one of the favorites for Washington Nationals young phenom Juan Soto should he be traded. Now it appears San Diego is the favorite, and Soto may not be the only Nationals player on the move.

As the trade deadline approaches, there is a growing sense that the Padres are the most likely landing spot for Juan Soto — and, in a twist, perhaps Josh Bell too. Multiple people have heard there’s momentum in those talks.

Washington Post writer Barry Svrluga reported that in addition to San Diego leading for Soto, the Padres are also trying to acquire first baseman Josh Bell. Bell, an all-star in 2019 for the Pittsburgh Pirates, is having a resurgence of sorts in 2022. He’s batting .301 with 14 home runs and 57 RBI thus far this season and his .877 OPS is good enough for seventh in the National League.

A move for Soto and Bell would give the Padres perhaps the best lineup in baseball to add to an increasingly deep pitching staff. It’s safe to say things are looking up in San Diego.