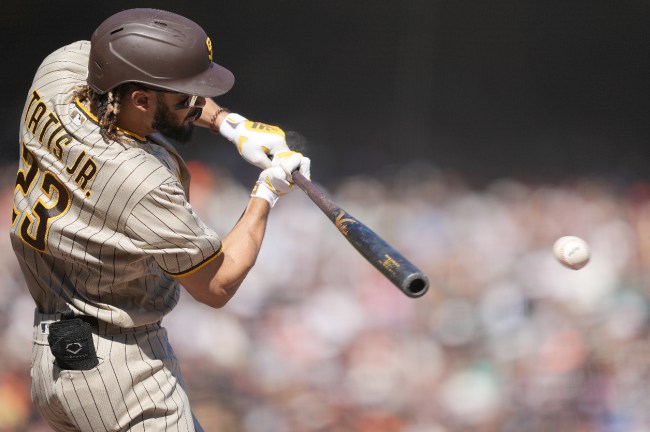 At this point, it looked like San Diego Padres shortstop Fernando Tatis Jr. was going to miss the entire season. Not long ago, the Padres got some news on Tatis, although he still hasn’t made his way back onto the field.

In the meantime, the Padres went from first place to 9.5 games back of the Los Angeles Dodgers entering Friday night’s game. The Padres have gone 3-7, and things have spiraled out of control quickly.

But, there finally appears to be some encouraging news regarding Tatis.

BREAKING: AJ Preller says Fernando Tatis, Jr. will begin his hitting progression TODAY on his way to a season debut for the Padres.

So, there it is. At long last, Tatis is beginning his hitting progression.

The Padres offense has been lacking runs, and if it weren’t for MVP candidate Manny Machado, this team would be even worse right now.

Kevin Acee reported that this could be happening over the weekend, but now it is confirmed by GM A.J. Preller.

Multiple people insist Tatis has had no setbacks.
As stated in previous tweet, team is being extremely cautious. As is often the case in these situations, doctors differ on opinions re: what is "enough" healing.
Tatis could begin swing progression by the weekend.

With the Padres falling in the standings, moves should be made soon to improve this roster, and we all know how aggressive Preller can be.

Nonetheless, the All-Star break is around the corner, so Tatis swinging bodes well for his return at some point before the MLB Trade Deadline, although we just never know with the extremity of the situation.

If Tatis can come back healthy and Preller can pull off a move or two, the Padres should be aiming for playoff contention and, who knows, maybe even a shot at the National League West division crown.

Get ready. The return of Fernando Tatis Jr. is right around the corner. Finally.