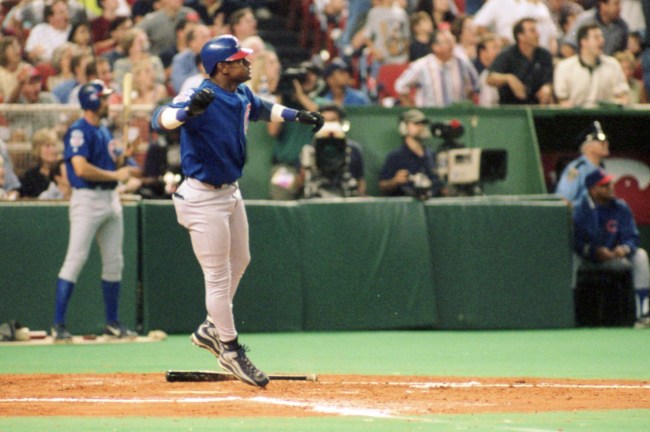 How many MLB players’ relatives have found success in the league?

Quite a few, and San Diego Padres shortstop Fernando Tatis Jr. is the most common one in today’s game, although his suspension hurts his legacy. Toronto Blue Jays slugger Vald Guerrero Jr. is another notable name, and he has sure made a name for himself quickly.

The list is a long one, and Ken Griffey Jr. and Barry Bonds are other examples in recent memory.

Well, there could be another family member of a famous baseball player making his way to the majors in due time. It is Anthony Sosa, the 15-year-old nephew of Sammy Sosa.

Anthony is just 15 years old and listed as a shortstop, but his swing is this video has a ton of promise. MLB fans saw this and instantly made pitches for their respective teams, one of them being the Chicago Cubs. Of course, Sammy Sosa did wonders in a Cubs uniform.

This kid is just 15 years old and is already a talented prospect. With the number of young players inking MLB deals lately, it wouldn’t be surprising to see Anthony Sosa signed fairly soon.