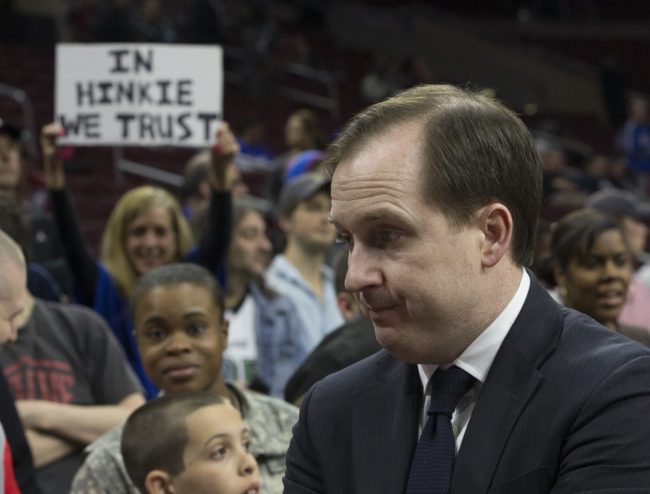 Sam Hinkie is somewhat of a cult hero in Philadelphia.

The former 76ers general manager helped tear down, and then rebuild the team and was responsible for bringing Joel Embiid into the fold. During his time at the helm of the Sixers, basketball fans either thought Hinkie was a genius or an absolutely fraud. There was no in between.

One of his most notable quotes in his time in Philly was “you don’t get to the moon by climbing a tree,” referring to the need for Philadelphia to take big steps to try to win a championship.

we built a remote control time machine transformer telescope as big as a tennis court and slung it a million miles from earth https://t.co/CfbX5OKfrH

Hinkie’s had a number of roles since leaving basketball. They include working at Stanford University and running a venture capital firm. Now, according to Hinkie, he’s built a “remote control time machine transformer telescope.”

What exactly all those words mean in that specific order I cannot tell you. But I’m pretty sure it means that Sam Hinkie built a time machine. At least that’s what the words say, right?

According to a report by website The National, “The James Webb Space Telescope (JWST), the world’s most advanced space observatory, was in development for nearly two decades and is expected to create an astronomical revolution once operational.”

In short, the ginormous telescope with allow astronomers to make conclusions as to what the universe was like millions of years prior to its actual existence.

Sixers fans are all aboard with Hinkie’s latest venture.

We would have a lot more scientist growing up if we presented the news to kids like this. Sam as usual, is 100.

Wait until you see the science images Sam. That’s just a guidance sensor.