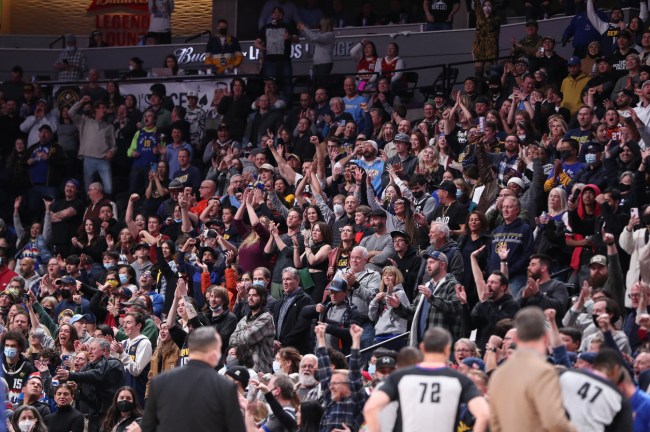 The Sacramento Kings have been a pool of mediocrity for a long time. They have gone through a lot of head coaches and star players since the last time they made the postseason.

Now it’s Mike Brown’s turn to try and reignite the Kings’ franchise, although it won’t be easy for him. The last time the Kings made the playoffs was the 2005-2006 season, and they lost to the San Antonio Spurs in the first round.

That 2005-2006 team included Mike Bibby and Peja Stojakovic. So, it has been nearly 20 years since the Kings made the playoffs, and they have an uphill battle in the tough Western Conference.

One unreal stat surfaced, and this sums up the Kings’ failures.

This is actually insane when you think about it… 🤯 pic.twitter.com/s5uzxfPrkK

Yes, really. No active player has EVER faced the Kings in the playoffs. That 2005-2006 Spurs team included the Tony Parker, Manu Ginobili, and Tim Duncan Big 3, but they are all retired.

This went over well with NBA fans, and Kings fans are just reminded of how bad things have been recently.

This is actually sad af💀 https://t.co/HmDzUbOyoc

That's quite a stat https://t.co/WgBmubcGJL

This is hard to believe. Yet, it is a real thing. The likelihood of the Kings making the playoffs in the 2022-2023 NBA campaign isn’t very high, so it might be another year.

Sorry, Sacramento Kings fans. At least you got to enjoy the Summer League.