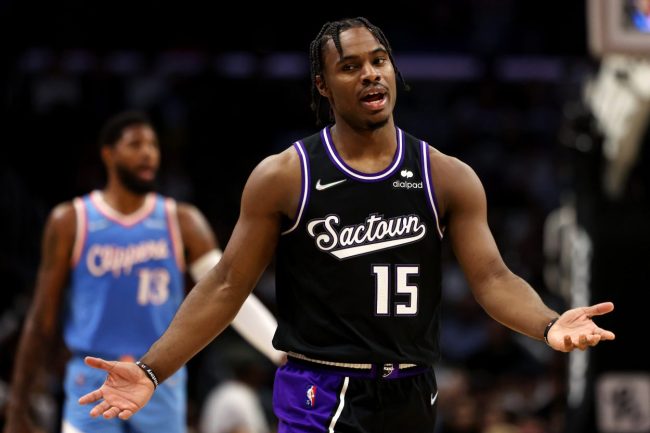 Sacramento recently missed the playoffs for the 16th consecutive year, the longest such streak in NBA history.

But it’s not all bad. After all, the Kings have new coach in Mike Woodson. Pick-and-roll combo De’Aaron Fox and Domantas Sabonis is one of the best in the league, at least according to Woodson. And Keegan Murray, whom the Kings took with No. 4 overall pick in the NBA Draft, has looked good thus far in NBA Summer League action.

Murray dominated in his most recent showing, putting up 26 points and eight rebounds on 10-of-14 from the field in an 86-68 win over the Golden State Warriors. The victory, as well as Murray’s performance, have some Sacramento fans pretty pumped up.

Look, Kings fans deserve something good in their lives. A little excitement never hurt anybody. But 40 wins? That’s the best we can dream of, fellas?!

A 40-win season would be Sacramento’s best since 2005, the last time it made the playoffs. But it would also keeping the Kings under .500 still at 40-42 and would’ve been good enough for just 10th place in the Western Conference last season.

NBA Twitter Refuses To Let Kings Fans Have Any Fun

Guys are amped about the possibility of finishing 2 games under .500 😂😂😂 https://t.co/r4ukT1DwAK

But some fans, including the one who made the 40-win comment, aren’t going to be shamed.

This is the same energy that has dudes in suits going to go see Minions in droves right now.

And I'm kind of here for it… life sucks, have fun with stuff https://t.co/4hiFtPlenG

Do you, Sacramento Kings fans, and don’t let anybody tell you otherwise.